Co-founder of Coursera and Stanford University Professor Daphne Koller is the next speaker in Dartmouth’s “Leading Voices in Higher Education” series. 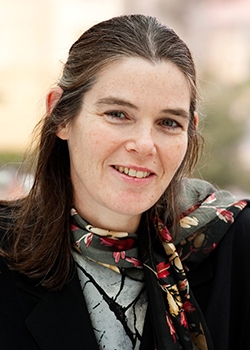 “We are witnessing a profound shift in higher education, where technology is radically transforming our ability to increase access to education as well as the quality of the educational experience,” says Koller. “This transformation is being led by the world’s best universities, both within and outside the United States. I am looking forward to my visit to Dartmouth, where I hope to hear from the university’s faculty, students, and administrators how Dartmouth might want to engage with this exciting trajectory.”

Koller’s talk, “The Online Revolution: Education for Everyone,” will begin at 6 p.m. on April 1 in Moore Hall’s Filene Auditorium. The Rajeev Motwani Professor in Computer Science, Koller is the recipient of a MacArthur Foundation Fellowship, the Presidential Early Career Award for Scientists and Engineers, and has spoken at the TED conferences.

“I am very keen to hear Professor Koller on April 1,” says Thomas Luxon, the Cheheyl Professor and the director of the Dartmouth Center for the Advancement of Learning. “She has a very big ambition: to provide to the world the best educational content for free.”

Here is a list of the upcoming Leading Voices speakers: