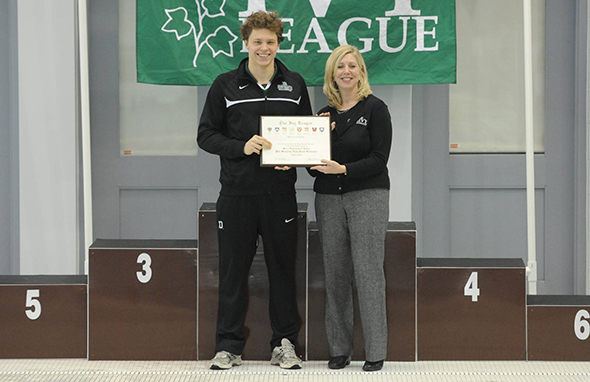 Zupan is the first Dartmouth swimmer, male or female, to earn the Ivy League’s Swimmer of the Meet award. During his Big Green career, he has won six Ivy League titles.

In December, at the Brown Invitational, Zupan won the 200-yard breaststroke with a time of 1:53.87, earning him a trip to the NCAA Division I Men’s Swimming and Diving Championship, March 28 to 30, in Indianapolis, Ind. The last Big Green swimmer to compete at the NCAA Championships was Todd Taylor ’80, in 1980.