New Alumni Trustee Elected to the Board of Trustees

The Dartmouth College Board of Trustees has elected Mitchell Kurz ’73 as a new member of the Board following a nomination vote by Dartmouth’s alumni. He will join the Board on June 9, following Commencement ceremonies.

The Board of Trustees has ultimate responsibility for the financial, administrative, and academic affairs of the College.

Dartmouth alumni also chose new officers and executive committee members for the Association of Alumni. Voting took place both online and via paper ballot from February 12 through March 12, 2013. A total of 9,008 voters participated, approximately 13 percent of alumni. Kurz received 7,650 votes.

The process was managed by the Association of Alumni Balloting Committee. The vote count was administered by TrueBallot Inc., (TBI), an independent election administration company that ensures the security, accuracy, and impartiality of association and other types of elections. TBI was contracted by the Association of Alumni and Dartmouth College to manage all balloting, ballot counting, and personal email reminders.

Stephen F. Mandel Jr. ’78, Board chair, said, “The entire Board joins me in welcoming Mitch Kurz. His remarkable career path, marketing expertise, and passion for education will make him an excellent new Trustee.” 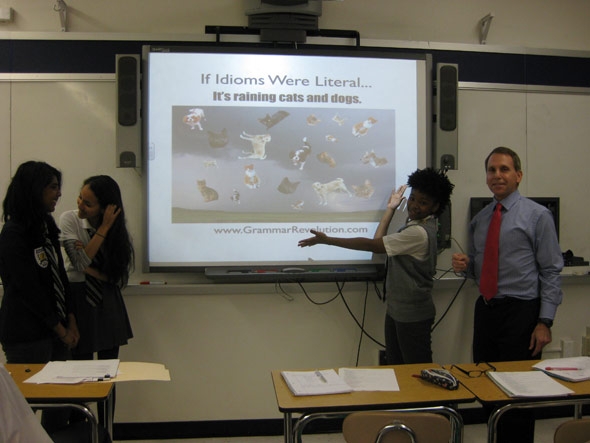 Mitchell Kurz ’73 teaches mathematics in the South Bronx. He is the academic dean, director of college counseling, and chair of the math department at Bronx Center for Science and Mathematics. (Photo courtesy of Mitchell Kurz)

Mitch Kurz has 22 years of experience working with New York City public schools, beginning with his role as a trustee of the Harlem Children’s Zone, Teach for America, and New Visions for Public Schools. Serving on these boards so inspired him that Kurz “retired,” earned a second master’s degree, and began teaching mathematics in the South Bronx. He is the academic dean, director of college counseling, and chair of the math department at Bronx Center for Science and Mathematics. Kurz retired after 24 years from Young & Rubicam, where he was president and chief operating officer. He also served as chairman and CEO of Wunderman Worldwide, which he built into the world’s largest database marketing and consulting agency.

Kurz graduated from Dartmouth Phi Beta Kappa with a double major in economics and psychology. He also lettered in lacrosse and played freshman football. He was a brother of Alpha Theta and business manager of the Jack O’ Lantern. He received his MBA with honors from Harvard University. He has served on the Tucker Foundation Board of Visitors since 2009. Kurz and his wife, Sandy, have two sons and live in New York City.