Read the full story by Anna Fiorentino, originally published in the Winter 2013 issue of Dartmouth Engineer.

If meteorologists could have predicted the exact path and strength of Hurricane Sandy, more people might have moved their families and possessions to safer ground. 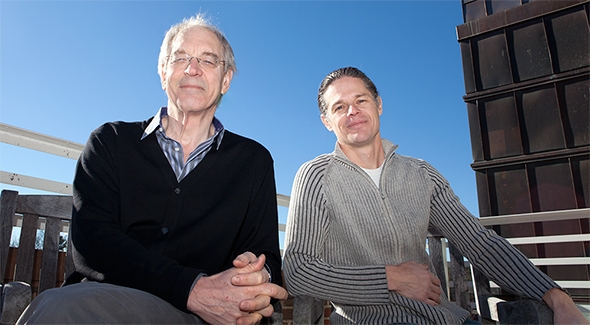 Similarly, if scientists like Thayer School of Engineering Professors William Lotko and Simon Shepherd could forecast the path of radiation hurled into space by solar storms, operators of satellites, spacecraft, planes, and various other vulnerable technological systems could adapt as needed.

Solar storms may look beautiful—they produce the Northern and Southern Lights—but they have the power to wreak havoc on and above Earth. Unleashing enormous amounts of plasma and electromagnetic energy, solar flares and coronal mass ejections (CME) can jeopardize the health of astronauts in space and crews aboard aircraft, damage satellites, and disrupt GPS signals. The largest CMEs—huge squall fronts in the solar wind that warp and puncture the magnetosphere, the protective magnetic cocoon surrounding Earth—can knock out the electric grid, corrode oil and gas pipelines, and cause other technological troubles on Earth.