Amanda Lenhart, a senior researcher at the Pew Internet & American Life Project, is the next speaker in Dartmouth’s “Leading Voices in Higher Education” series. 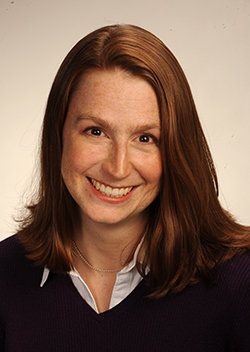 “I’ll be talking about the way  the changing technology environment is shaping, and being shaped by youth, and how that is changing teens’ expectations and experiences,” says Lenhart. “I’ll talk about implications for campus life and connections to home as well as about its impact on the learning process and youth’s expectations for their education—how it’s conducted, and in what manner.”

Lenhart’s talk, “‘How Do (They) Even Do That?’ How Today’s Technology Is Shaping Tomorrow’s Students,” will begin at 4:30 p.m. on April 9 in Rockefeller Center Room 003. An Amherst College graduate, Lenhart directs Pew’s research on teens, children, and families and has appeared before Congress and on NPR and PBS.

“We’ll look at what effects this may be having on youth’s attitudes towards privacy, their desire for physical mobility and constant information access,” says Lenhart.

The Pew Internet & American Life Project, part of the Pew Research Center, conducts research and surveys and annually releases around 15 to 20 reports based on its findings. The nonpartisan project explores the impact of the Internet on families, communities, the workplace, education, health care, and politics.

Here is a list of upcoming Leading Voices speakers: