Like the rest of the world, Matthew Sturdevant, MALS ’08, was shocked and horrified when he first learned of the mass shootings in Newtown, Conn., on December 14, 2012. But then he had to go to work and cover the unfolding tragedy for the Hartford Courant, Connecticut’s largest daily newspaper. 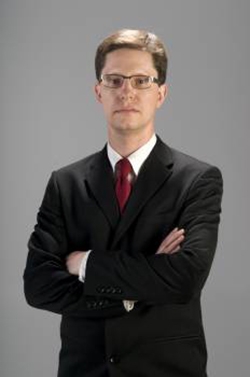 A Courant staff writer since 2009 and a reporter for nearly 15 years, Sturdevant says, “Nothing could have prepared me for the mass murder of children. Many people feel the pain is still very raw. It’s harrowing and haunting, and yet it’s also uplifting to have seen a global outpouring of kindness in response to the tragedy.”

On April 15, Sturdevant was one of a team of Courant staffers recognized by the Pulitzer Prize committee. Runners-up to the Denver Post in the category of breaking news reporting, the Hartford Courant staff was cited “for its complete and sensitive coverage of the shooting massacre at an elementary school in Newtown, Conn., that killed 20 children and 6 adults, using digital tools as well as traditional reporting to tell the story quickly while portraying the stunned community’s grief.”

Sturdevant credits the Masters of Arts in Liberal Studies (MALS) faculty with helping him “expand my writing abilities,” and thus enabling him to convey such difficult news in an insightful way. He cites Professors Thomas Powers (a Pulitzer Prize-winning journalist), Barbara S. Kreiger, and Sydney Lea as “hugely influential,” and says he chose a MALS nonfiction creative writing concentration over a journalism master’s program because he “wanted to broaden my learning and steep in the two years of a liberal arts education that Dartmouth provides.”

“All three (professors) were thesis advisers to me, and each brought a different expertise in writing: journalism, literature and poetry,” says Sturdevant. “In the aftermath of the Newtown school shooting, I have written stories about the families of children killed that day. The MALS program helped me write sensitively and vividly about what happened while putting the circumstances in context.”

As the nation reels from another unspeakable tragedy during the Boston Marathon, Sturdevant says that thorough reporting is especially critical in such horrific situations, even as the public hungers for information.

“Fairness and accuracy are critical in an age when tidbits are leaking all over Facebook, Twitter, and other social media sites,” he says. “There was a lot of misinformation (about Newtown) out there that first day. Inaccurate information erodes credibility. In my reporting on the stories of people in Newtown, including victims, a sensitive and professional tone has helped me to establish trust.”