“Rural Vermont seems an unlikely place to find a commercial printer dedicated to impeccable design and the craft of book making,” notes the introduction of a new exhibition in the Baker Library Main Hall, “but it was in Lunenburg that Roderick Stinehour ’50 established one of the finest commercial printing houses in America.” 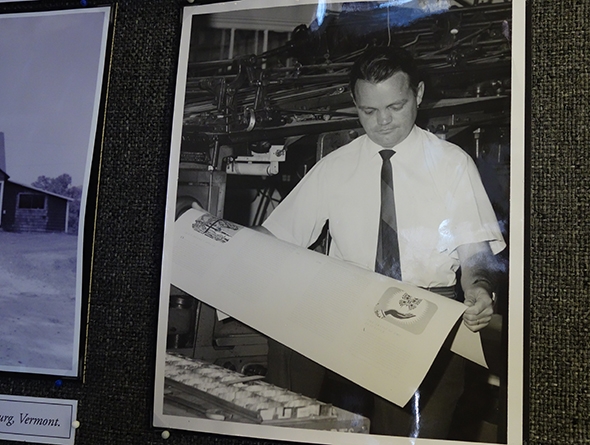 The exhibition, “Designed and Printed at the Stinehour Press,” is the companion to a lecture that will be delivered by Boston book publisher David R. Godine ’66 on Thursday, April 11. Godine’s lecture, “A Printer’s Work: Rocky Stinehour and His Legacy,” is part of the Dartmouth Library’s Stephen Harvard lecture series, which honors the late Stephen Harvard ’70, a book designer, calligrapher, and illustrator who later collaborated with Adobe Systems to develop electronic fonts based on his typeface designs.

“The Stinehour Press is considered one of the most respected design and printing firms of the 20th century in America. Rocky Stinehour’s craft and creativity influenced and mentored a generation of designers, artists, and book producers,” says Dean of Libraries and Librarian of the College Jeffrey L. Horrell, who notes that the Dartmouth Library holds the extensive archives of the Stinehour Press.

“Rocky, himself mentored by Ray Nash and the Graphic Arts Workshop in Baker Library in the late 1940s, developed his skills and created elegant printed works on paper,” says Horrell. “This tradition continues in the Library’s Book Arts Program today. We are honored to have David Godine ’66, an extraordinary publisher in his own right, present this lecture in celebration of the talent and work of Rocky Stinehour.” 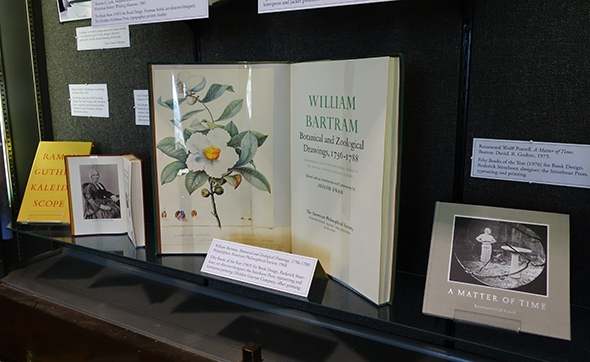 “Designed and Printed at the Stinehour Press” is on display in Baker Library Main Hall. The exhibition is a companion to the lecture by Boston book publisher David R. Godine ’66 on Thursday, April 11. (Photo by Bonnie Barber)

Godine is the founder and president of David R. Godine Inc., an independent publishing house that produces around 30 titles a year and has an active reprint program. A number of Godine’s books have become classics, including Mary Azarian’s A Farmer’s Alphabet; Dylan Thomas’s A Child’s Christmas in Wales, illustrated by Edward Ardizzone; and Frances Hodgson Burnett’s The Secret Garden and A Little Princess, which together have sold close to half a million hardcover copies.

Godine’s lecture will be held at 4 p.m. in Baker Library’s 1902 Room. It is open to the public, and a reception will follow in Baker Main Hall. Prior to the lecture, there will be a 3 p.m. tour of the accompanying exhibit, led by its co-curators Jay Satterfield, special collection librarian, and Stephanie Wolff, the library’s assistant conservator and Book Arts Program instructor.

“The exhibit was a real pleasure to assemble,” says Satterfield. “It gave us a chance to reflect on the entire history of the press and pull out a narrative that we hope captures the spirit of Rocky’s life work.

“We hope that people will come away from the exhibit with an appreciation for the press and its history, but also with some researchable questions that might bring them back into the collections.”