Dartmouth has announced appointments to two new leadership positions to enhance Dartmouth’s commitment to promoting entrepreneurship and supporting technology transfer from academic research to the private sector for the benefit of the public.

The newly established Office of Entrepreneurship & Technology Transfer will oversee several existing offices, including the Dartmouth Entrepreneurial Network, Dartmouth Regional Technology Center, and Technology Transfer Office. It will serve as a resource for the Dartmouth community on entrepreneurship, intellectual property, and technology commercialization, and will coordinate with leaders and faculty at all Dartmouth schools and units to support their investigators, promote a culture of entrepreneurship, and help streamline activities and tap new opportunities. This new structure follows the recommendations of two faculty committees led by Martin Wybourne, interim provost and vice provost for research. 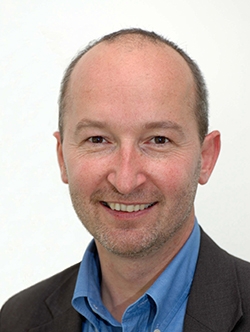 Tillman Gerngross, professor of bioengineering at Thayer School of Engineering, will lead the Office of Entrepreneurship & Technology Transfer. (Photo courtesy of Trip Davis ’90)

“This is an ideal moment for Dartmouth to enhance its world-class competency and success in developing intellectual discoveries and energizing an entrepreneurial ecosystem for the entire institution,” said Dartmouth President Carol L. Folt. “Tillman and Trip bring valuable experience-based knowledge to their new roles and this very important enterprise.”

“We would like to have a real impact,” said Gerngross. “Our vision is to be supportive in the development and commercialization of meaningful discoveries. We want to facilitate a fluid network of ideas and expertise, and we are excited to chart new territory in the practice of technology transfer and entrepreneurship.” 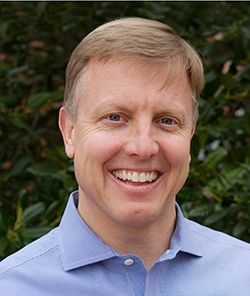 Trip Davis ’90, a technology entrepreneur and currently an administrator at the University of Virginia, will serve as the executive director of the Office of Entrepreneurship & Technology Transfer. (Photo courtesy of Trip Davis ’90)

“I am honored to return to Dartmouth and work with the incredibly talented people in the community,” said Davis. “This role unites my passions for entrepreneurial ventures, technology innovation, and service to Dartmouth.”

In consultation with the provost, Gerngross and Davis will form a steering committee of leaders from across Dartmouth to oversee the Office of Entrepreneurship & Technology Transfer. They also intend to form a faculty advisory council and a commercial advisory council.

Gerngross will assume his new position while continuing to teach at Thayer, conduct research, and serve as a co-founder of new biotechnology-related ventures. Over the past decade, he has founded several highly successful venture-backed companies, including GlycoFi, which was acquired by Merck for $400 million in 2006. The same year, the journal Nature Biotechnology named Gerngross one of the most notable people in biotechnology of the past decade. Since selling GlycoFi, Gerngross co-founded Adimab, Arsanis, and, most recently, Avitide. He has been a vocal advocate for policy changes that empower the individual entrepreneur and facilitate the transfer of discoveries from the laboratory to the real world.

Davis will move to Hanover in June to take on his new role as executive director. Since February 2011, Davis has served as the president of the Darden School Foundation at the University of Virginia and senior associate dean for external relations at U.Va.’s Darden School of Business, where he earned his MBA in 1994. Also at U.Va., Davis served as an adjunct professor of entrepreneurship and co-faculty director of the Galant Center for Entrepreneurship at the McIntire School of Commerce from 2007 to 2011. Previously, Davis was an entrepreneur and executive in travel technology and was named one of the top 25 most influential executives in the travel industry in 2002 and 2007 by Business Travel News. Davis co-founded his first venture, Green Room Productions, in 1995 in San Francisco with Dartmouth classmates Eric Butz ’90 and Greg Waldbaum ’90.

Folt added, “I want to thank Martin Wybourne for his crucial role in making this happen, and also express my deep appreciation for the hard work and commitment of Alla Kan, Gregg Fairbrothers, and the faculty members who served on the committees and provided recommendations. I know they will continue to be integral in supporting the efforts of this office.”

The search committee for the executive director was chaired by Gerngross and included faculty and staff representatives from Arts & Sciences, Geisel School of Medicine, Thayer School of Engineering, Tuck School of Business, and Dartmouth-Hitchcock Medical Center.