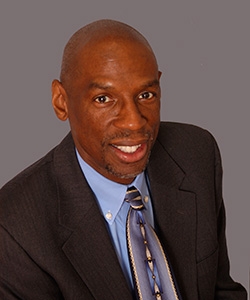 Since 1990, Canada led the organization that The New York Times magazine called “one of the most ambitious social experiments of our time.” Harlem Children’s Zone follows children from birth through college to “create a safety net woven so tightly that children in the neighborhood just can’t slip through,” the Times said.

Canada has just starred in the first televised TED event, TED Talks Education, on PBS, on May 7. The broadcast focused on students dropping out of school and also featured Bill Gates.

Dartmouth typically awards approximately 1,000 bachelor’s degrees and approximately 600 master’s and doctoral degrees in the arts and sciences and from the College’s three professional schools: the Geisel School of Medicine, Thayer School of Engineering, and Tuck School of Business.

In his 20-plus years with Harlem Children’s Zone, Inc., Canada has become nationally recognized for his pioneering work helping children and families in Harlem and as a passionate advocate for education reform. The work of Canada and HCZ has become a national model and has been the subject of many profiles in the media, including on 60 Minutes, The Oprah Winfrey Show, and National Public Radio’s On Point, as well in print articles in The New York Times and USA Today.

Canada grew up in the South Bronx in a poor, sometimes-violent neighborhood. Despite his troubled surroundings, he was able to succeed academically, receiving a bachelor of arts degree from Bowdoin College and a master’s degree in education from the Harvard School of Education. After graduating from Harvard, Canada decided to work to help children who, like himself, were disadvantaged by their lives in poor, embattled neighborhoods. 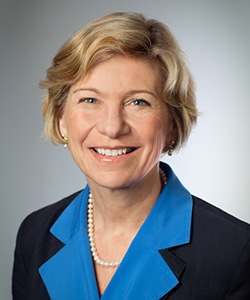 Desmond-Hellmann became Chancellor of the University of California, San Francisco, in August 2009. Prior to joining UCSF, she spent 14 years at Genentech. During her tenure, she led efforts to bring a number of breakthrough cancer medicines to the marketplace. In 2009, Forbes magazine named her one of the world’s seven most “powerful innovators,” calling her “a hero to legions of cancer patients,” and she was on Fortune magazine’s list of the “top 50 most powerful women in business” for seven years.

An oncologist and renowned biotechnology leader, she has supported the creation of research partnerships with industry leaders such as Pfizer and Bayer at the university. She has also been involved nationally in shaping biomedical policy and served on the National Institutes of Health’s advisory committee on the National Center for Advancing Translational Science. 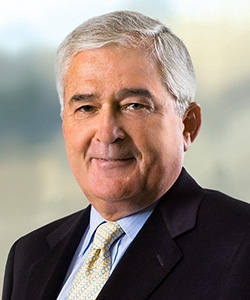 Gerstner served as CEO and chairman of the board of IBM Corporation from 1993 to 2002 and is recognized as the architect of the company’s transformation, reinventing both its organization and its culture. In his memoir, Gerstner wrote that refocusing IBM on business IT services shaped the turnaround of the company. Following IBM, he served as chairman of The Carlyle Group, a global alternative asset manager. He has also been a tireless advocate of improving K-12 education, and was recently named chairman of the board of the Broad Institute. 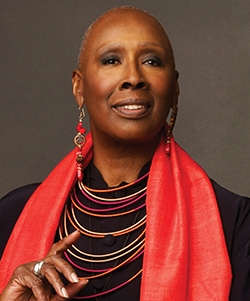 Jamison joined Alvin Ailey American Dance Theater in 1965 and quickly became an international star. Over the next 15 years, Ailey created some of his most enduring roles for her, most notably the tour-de-force solo Cry. She has appeared as a guest artist with ballet companies all over the world, and formed her own company. She returned to work with Ailey in 1989, when he asked her to succeed him as artistic director.

Jamison has created many celebrated works, including Hymn, a tribute to Ailey, and the centerpiece of the PBS’s Emmy award-winning Great Performances: Dance In America, “A Hymn for Alvin Ailey.” Her most recent work, Among Us (Private Spaces: Public Places), premiered in 2009. Jamison has received many awards and honors, most recently the Handel Medallion, the highest honor awarded by the city of New York. 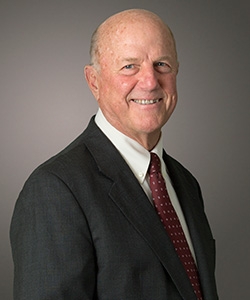 King has been an attorney at McGuire, Woods & Battle, now McGuireWoods LLP, for his entire career, rising to vice-chairman of the firm. He helped lead growth of the firm from 60 lawyers when he joined to more than 900 today, with offices across the U.S. and Europe. As a young attorney, he saw the importance of environmental law and organized the Environmental Law Section of the Virginia State Bar. King has been a pioneer in the management of nationwide products liability cases and remains a foremost authority on the subject.

He has also been an active Dartmouth volunteer, serving for a decade as a member and later chair of Dartmouth’s Board of Trustees. He led the Search Committee that resulted in the election of James Wright as president, and also served on class reunion giving committees and as a member of the Dartmouth Club of Virginia. 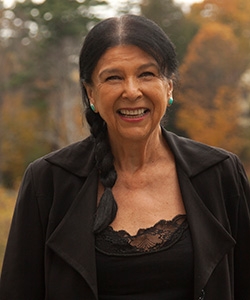 Obomsawin, a member of the Abenaki Nation, is a distinguished filmmaker in Canada. For over four decades she has directed documentaries at the National Film Board of Canada that chronicle the lives and concerns of First Nations people. She has made more than 30 documentaries. Her latest, The People of the Kattawapiskak River, explores a housing crisis for a Cree community in the James Bay Region of northern Ontario.

Obomsawin made four films about a 1990 Mohawk land dispute and uprising in Kanehsatake and Oka, Quebec. The first film, Kanehsatake: 270 Years of Resistance, won 18 international awards. In 2008, Obomsawin—who is also a singer and printmaker—was the subject of a retrospective at The Museum of Modern Art in New York City. Two years later she was inducted into the Canadian Film and Television Hall of Fame. Obomsawin was a Montgomery Fellow at Dartmouth in 2011. 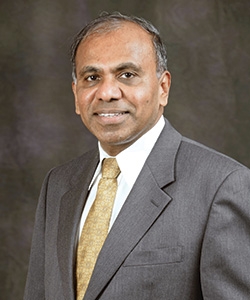 Suresh served as director of the National Science Foundation, a $7-billion independent federal agency, from 2010 to 2013. Previously, he was dean of the School of Engineering at the Massachusetts Institute of Technology. In July he will become the ninth president of Carnegie Mellon University. Under Suresh’s leadership, the NSF hosted a Global Summit on Scientific Merit Review that for the first time included the participation of the heads of leading science-funding agencies from nearly 50 countries.

His seminal research on the mechanical properties of materials, innovations in materials design, and discoveries of possible connections between cellular processes and human diseases have shaped new fields in the intersections of traditional disciplines. Suresh has co-authored nearly 250 journal articles, registered 21 patents, and written three widely used books. He has been elected to 10 science and engineering academies from around the world.

A variety of ceremonies take place before Commencement, including Class Day and Investiture ceremonies for Dartmouth’s three professional schools, and Baccalaureate, a multi-faith service open to all graduates and their guests. Those events, in chronological order, and their speakers are: