Tweeting Along the Path to Fluency in French and Spanish

Imagine a couple of college students hanging out after class and tweeting about popular music. Now imagine them claiming that they’re working on their foreign language homework. Yeah, right. 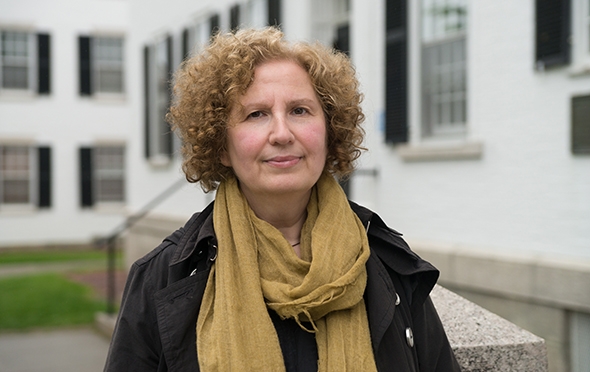 Tania Convertini is the director of the French and Italian Language Program. (Photo by Eli Burakian ’00)

But at Dartmouth, such students would be telling the truth. Language instruction has its feet planted firmly in the 21st century, with Twitter and blogs and other Generation Y-friendly pedagogical techniques supplementing traditional drills and textbook exercises.

We must “take into account that we work with digital natives,” says Convertini, “with students who use their iPhones and iPads all the time. We have to come to terms with making these digital tools an active part of teaching languages.”

“I really do believe,” says Polli, “that students need to be able to use the language from the beginning in real-life situations—not just study grammar rules and apply them. I try my best to engage students actively in using the language so that it becomes something they want to do.”

So, explains Convertini, “we’re using Twitter in language classes as a way of extending the language community beyond the classroom time.” 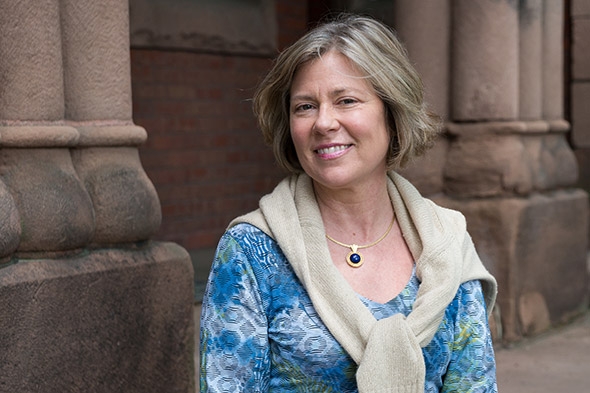 Elizabeth Polli is the director of the Spanish Language Program. (Photo by Eli Burakian ’00)

Students are asked, for example, to follow an Italian singer. “The moment you start following someone on Twitter,” Convertini says, “you receive 20 or 30 tweets a day. They’re reading these tweets in Italian—authentic materials, with idiomatic expressions.” In addition, the students tweet back and forth to each other, making observations on the singer’s tweets. Still all in Italian. And the next day in class, students make a one-minute report on what they learned—new words, cultural concepts, etc.—from the exchanges.

Polli offers another example—the simulation of a discussion-and-debate format in a Spanish class. “It gives the students the opportunity to see what it’s like when they’re out there in the world trying to have a discussion with someone,” she says. “It helps them learn to think on their feet.”

She tries “to give students the tools to help them become more sophisticated in their verbal expression—to say, for example, ‘I completely disagree with you,’ or, ‘I think you have a valid point, but…’—phrases that aren’t necessarily in the book. When students have the opportunity to go abroad, if they can use expressions like these, they will be perceived as much more sophisticated users of the language.”

Polli also weaves cultural insights into the discussion-and-debate unit. “At the beginning of it,” she says, “the students were all wanting to raise their hands to participate in the debate, and I said, OK, let’s see what a debate looks like in Spanish in real life. I found on Good Morning America in Spanish a roundtable discussion/debate. We watched a segment of this conversation where everyone was jumping in and interrupting and disagreeing, and I said, this is what happens in the Spanish-speaking world.”

The list of such techniques goes on and on. Convertini developed a WordPress blog on which students record their impressions of each night’s reading. Another colleague, she says, “had this brilliant idea to ask students to take a picture of what they were eating, and to tweet this picture and describe it. It was a way to make the chapter on food very practical, very experiential.”

And Polli describes an exercise that is “like a Mad Lib” fill-in-the-blanks word game. “If you put in a different noun or verb, then the response to a question is going to be different. It is a playful environment, where the learning is not rote.”

To capitalize on this rich pedagogical climate, Convertini recently put together a Language Share Fair featuring about two dozen 10-minute presentations on language-teaching strategies by members of Dartmouth’s language departments.

All these steps are taken in the hope, as Polli puts it, of “getting students to understand that another language is a fabulous asset to have—it opens up possibilities, it opens up your mind, it opens up worlds.”