“It’s not easy being green,” Kermit the frog tells us. This simple statement reflects the travails of life as an amphibian, and also holds true for choices we face as environmentally responsible citizens.

Some among us have chosen wood as a power source, long considered a renewable resource and a desirable alternative to fossil fuels. However, Dartmouth’s Andrew Friedland raises the specter that wood also has serious drawbacks. 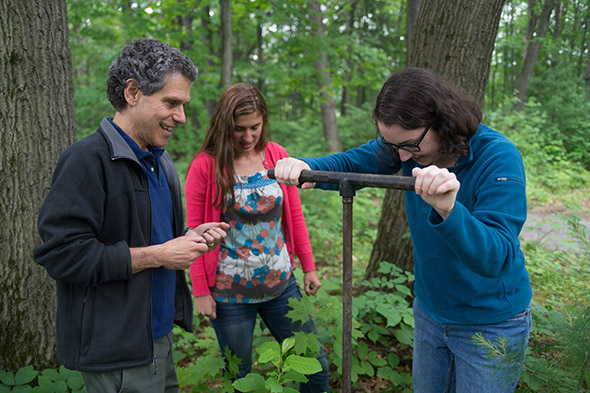 “If you are specifically going out and logging forests to fuel your wood stove, maybe it is not as green as we think,” says Friedland, the Richard and Jane Pearl Professor in Environmental Studies.

Conventional wisdom holds that new-growth trees that replace those cut down will absorb atmospheric carbon released from the burning of the wood. This carbon enters the atmosphere as carbon dioxide, a greenhouse gas that contributes to the ongoing processes of climate change and global warming. However, there are other sources of carbon to consider.

Friedland, an environmental and forest ecosystem scientist, says arguments in favor of wood often ignore the quantities of carbon liberated from the soil as it is disturbed by intensive forest management practices such as logging.

He leads a team of students and colleagues who have conducted research in New Hampshire and scoured the literature to uncover data that shed light on the relationship between mineral soil carbon and logging. “What I am speaking of is the stored plant carbon that is deep below the surface, more than 45 centimeters (18 inches) down in what we call the mineral soil,” says Friedland. 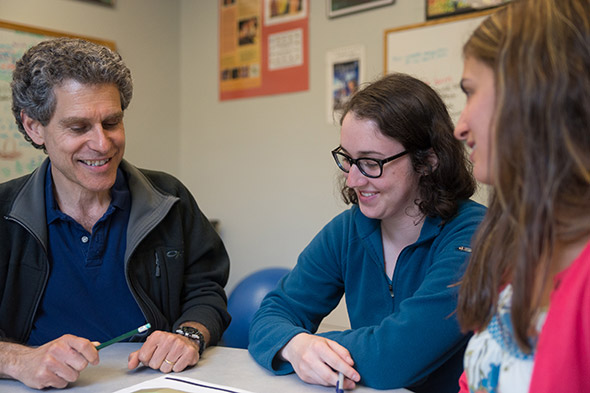 The prevailing opinion is that this carbon stays locked in the mineral soil indefinitely. However, Friedland contends that when the surface soil is disturbed, organic acids or microorganisms migrate downward and prime the release of carbon from the deep mineral soil.

Members of Friedland’s team have published a paper in Global Change Biology Bioenergy that summarizes their findings. Thomas Buchholz, a postdoctoral research associate at both Dartmouth and the University of Vermont, is first among the co-authors, who include Claire “Taylor“ Hornig ’13, a recent prize-winning graduate with high honors in environmental studies. Hornig is the granddaughter of Emeritus Professor James Horning, a cofounder of the Environmental Studies Program at Dartmouth.

Friedland and his colleagues have gathered data from sites worldwide, investigating the phenomenon of carbon released by the soil. They reviewed information from California, Nova Scotia, and Mongolia, as well as studies in New Hampshire conducted by Friedland and his former graduate student Lynne Zummo.

They used a chronosequence approach, which entails looking for similar forests that were logged five years ago, 25 years ago, 50 years ago, 75 years ago, and 100 years ago, comparing the relative amounts of carbon in the soil. Friedland, in collaboration with Taylor Hornig and graduate student Chelsea Vario, is preparing a paper that documents and models the same pattern of mineral soil carbon loss throughout these forests.

Friedland suggests the need for an assessment of logging practices worldwide to determine the impact they may have on our increasing load of atmospheric carbon dioxide.

”If we are going to start changing recommendations and tell people to leave oil and coal in the ground, and burn more wood, we first need the solid science behind that recommendation,“ says Friedland. ”Wood still might be a green choice, but let’s know all the consequences of everything that we do—and some of these consequences are not currently being discussed or appreciated or evaluated."