Government Professor Stays Ahead of the Scandal Curve

Timing is everything in Brendan Nyhan’s political science research. 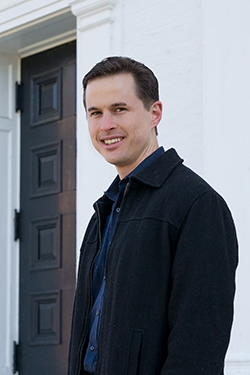 “What we’ve been seeing for the first time under Obama is that both the media and congressional Republicans are focused on an allegation and pursuing it in a sustained way,” says Brendan Nyhan, an assistant professor of government. (Photo by Eli Burakian ’00)

His study of presidential vulnerability to media scandal has been swept up in the unfolding coverage of a series of controversies faced by the Obama administration—Congressional inquiries into alleged political targeting by the Internal Revenue Service, suggestions that the administration botched and then covered up the response to the fatal attack on the U.S. diplomatic mission in Benghazi, Libya, and the outcry over the Justice Department’s seizure of Associated Press records.

As the media set to work drawing up a narrative to weave together these budding controversies, Nyhan published his latest research, arguing that Obama’s largely scandal-free stretch was bound to end. His paper, based on research that goes back at least two years, puts Obama on the steep ascent of a scandal-probability graph as he heads into the summer of his second term.

Nyhan, assistant professor in the Department of Government, suggests that a major media scandal is highly likely when a president is unpopular with the opposition party; that journalists are more likely to jump on a story during a slow news period, as was the case after the Boston Marathon bombing faded from front pages; and that the media are primed to play up criticism of a second-term president who has used up all his honeymoon passes. Check, check, and check. 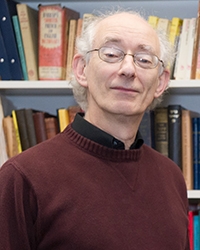 Lewis Glinert, a professor of Hebrew and sociolinguistics. (Eli Burakian ’00 )

Does this political theater star Tom Sawyer or Tricky Dick?

“I have heard congressmen say, ‘you lied, you misled us’ and the response is ‘no I didn’t. I may not have been as forthcoming as I could have been, but I didn’t lie.’ ” says Glinert, a professor of Hebrew and sociolinguistics in the Department of Asian and Middle Eastern Languages and Literatures.

If an assertion is materially false, we call it a lie, Glinert says. “But what if we don’t disclose—and we heard it in Congress yesterday—what if we evade?”

Glinert, stressing that he is a linguist and not a lawyer, turns to Farnsworth on Contracts, the standard text for contract law. “I can’t find the word ‘lie.’ We see ‘mislead,’ ‘misrepresent’ or ‘fraudulent.’ To misrepresent is bad enough to void a contract.”

By Farnsworth’s definition, something that is true to the facts stated but fails to include qualification necessary to avoid a false inference is a misrepresentation, Glinert says.

Another line of defense by public officials in the scandal spotlight, Glinert says, is the assertion that the speaker did not knowingly mislead. This has the ring of the schoolyard, Glinert says. A clever evasion of the Tom Sawyer variety may even be the subject of admiration, but is it a defense?

In the legal realm, if an assertion is found to make a false impression, the subject must do something to correct it or be liable for misrepresentation.

“Lawmakers play the ‘you lied’ card precisely because they’re playing to the gallery. ‘You misled me’ doesn’t pack much punch in everyday talk,” Glinert says. “We don’t brand people ‘misleaders’ and we don’t say ‘you misled’ (without the object).”

In the case of a media event like the IRS scandal, accusation and defense are political and theatrical before they are legal. To reach the legal realm, the politics must reach critical mass. Whether this event rises to that level is yet to be seen.

“These are fascinating times for a linguist,” Glinert says.

And it’s not that Republicans have been shy about accusing the Obama administration of wrongdoing during his first term. When California Republican Rep. Darrell Issa took over the House Oversight and Government Reform Committee in 2010, he vowed to vastly expand scrutiny of the Obama administration. He pushed investigations of federal stimulus funding, White House patronage, the naming of unofficial issue “Czars,” and even climate science, but nothing stuck.

A couple of issues—the failure of the Justice Department’s Fast and Furious illegal weapons investigation, and the collapse of the solar energy company Solyndra after it received millions in federal green energy funding—got some traction, but they failed to generate the level of press interest required for a full-blown media scandal, Nyhan says.

“What we’ve been seeing for the first time under Obama is that both the media and congressional Republicans are focused on an allegation and pursuing it in a sustained way,” Nyhan says. “It’s become strong enough that these three discrete controversies are being swept up into an overarching scandal narrative.”

Nyhan says a media scandal is not necessarily dependent on the facts of any given allegations of wrongdoing, but will thrive when media and opposition interests align.

“There’s an implicit collaboration between the opposition party and the media that can result in a scandal when both turn their focus to an allegation of misconduct,” Nyhan says.

Once a narrative gets going, any whiff of trouble for the administration will be swept up in the snowballing media scandal, he says, forcing reporters and commentators to find a common thread to tie them together. That’s why the facts are often secondary to reports of conflict, confrontation, and a focus on who knew what, when.

“The larger point is that the facts have taken a back seat to the narrative because the facts are often murky, as in the case of the IRS or Benghazi, and they’re complicated,” Nyhan says. “They take a lot of work for reporters to figure out, and the public isn’t necessarily very interested in the details. Whether or not we have a media scandal is only partially a result of any evidence of misconduct. It is a political process.”

Nyhan’s paper offers an academic framework to help understand the wave of media scandals breaking on the Obama administration, and his scholarship also became part of the narrative as reporters and commentators searched for ways to tie the disparate conflicts and accusations together.