The U.S. Supreme Court ruling declaring the federal Defense of Marriage Act (DOMA) unconstitutional is truly a landmark decision symbolically on a par with “the fall of the Berlin Wall,” but the ruling granting all federal spousal benefits to married same-sex couples is only a step on the road to equality, says Michael Bronski, a senior lecturer in the Women’s and Gender Studies Program at Dartmouth. 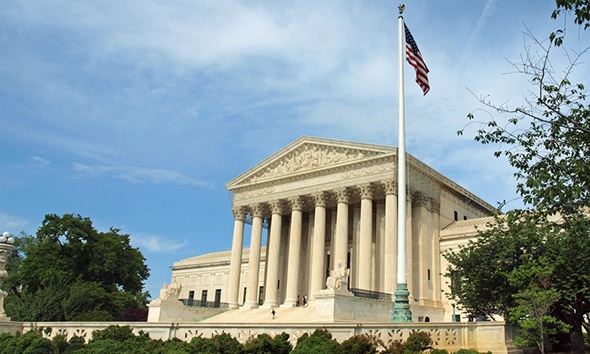 In a 5-4 decision Wednesday, June 26, the justices ruled that Congress cannot deny all the privileges of marriage granted by states where same-sex marriage is legal. In a related decision, the High Court also effectively allowed same-sex marriages in California by refusing to rule on a lower court finding against Proposition 8, which banned gay marriage.

“This is a huge, big deal,” says Bronski, “but it is not the whole enchilada, as they say.”

While Wednesday’s rulings recognized the right of states to regulate marriage, they did not prevent other states from refusing to recognize unions. And the Proposition 8 decision allowed gay marriage in California, but did not decide whether bans on same-sex marriage, in effect in 37 states, are unconstitutional. In addition, there is no federal law that prohibits discrimination based on sexual orientation, Bronski says.

“So you have a crazy scenario where a lesbian couple married in Massachusetts can get Social Security benefits when they move to Alabama, but can’t visit their spouse in the hospital—or a gay man can be happily married in New York and be fired from his job in New Jersey because he has a picture of his husband on his desk,” says Bronski, author of A Queer History of the United States.

While the DOMA ruling began by looking at the question of whether Congress should have the power to interfere with states’ decisions about marriage, it concluded with powerful language about the rights of gay people not to be treated as an inferior class, says Sonu Bedi, an associate professor in the Department of Government.

In his majority opinion, Justice Anthony M. Kennedy speaks directly to the constitutional right to equal protection under the law.

“The federal statute is invalid, for no legitimate purpose overcomes the purpose and effect to disparage and injure those whom the State, by its marriage laws, sought to protect in personhood and dignity,” Kennedy wrote. “By seeking to displace this protection and treating those persons as living in marriages less respected than others, the federal statute is in violation of the Fifth Amendment.”

Although the framing of the DOMA decision was built on the question of federal powers, “the court is signaling its opinion on the constitutional rights,” of gay men and women, Bedi says.