Video: A Conversation with David Sayet ’13 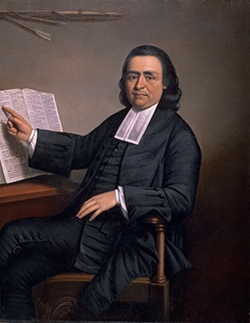 David Sayet ’13 was the first member of his family to attend Dartmouth, but his ties to the College on the Hill run deep. The government major and ethics minor is the great, great, great (and then some) nephew of Samson Occom.

In this video, Sayet talks to Chidi Anyadike ’13, the Office of Public Affairs’ Whitney Campbell Intern, about his research on the “intersection of spirituality and health care services,” which he conducted with George Little, a professor of pediatrics and of obstetrics and gynecology at the Geisel School of Medicine; and Ronald Green, the Eunice and Julian Cohen Professor for the Study of Ethics and Human Values.

“We’re trying to bridge the gap between religion, spirituality, and health care services, and how doctors interact with patients,” says Sayet. 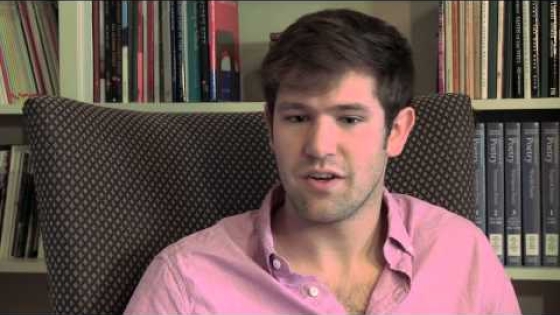 The Rev. Samson Occom, a Mohegan Indian, started out as one of the first students in the school Eleazar Wheelock called his “Lattin School,” in Lebanon, Conn. When Wheelock wanted to found a college, it was Occom who journeyed to England to raise the funds that established Dartmouth.

“If the College were given to honoring its luminaries with statuary, Occom would surely deserve a statue or bust to accompany those of Eleazar Wheelock, Daniel Webster, Chief Justice Salmon P. Chase, and Thaddeus Stevens,” writes Colin Calloway, the John Kimball Jr. 1943 Professor of History and Professor of Native American Studies, in his book The Indian History of an American Institution: Native Americans and Dartmouth. “He was, in effect, Dartmouth’s first development officer.”