When Michelle Khare ’14 arrived at Dartmouth, she had not ridden a bike in years and she had never cycled competitively. 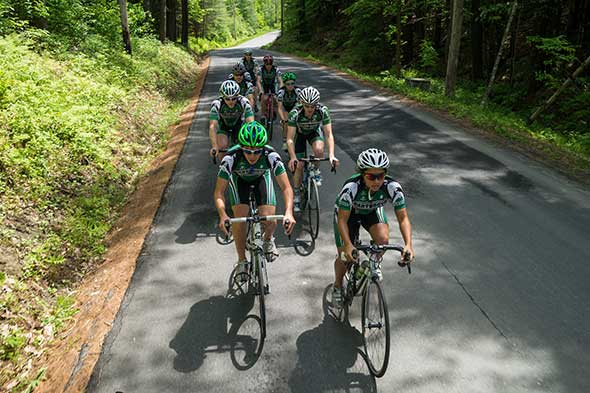 This spring, in her first year with the Dartmouth cycling team, Khare helped the group win the Ivy Cup for the first time since 2010. The Ivy Cup is given to the Ivy League school that finishes with the most team points accrued for the season. The Dartmouth squad, which is coed, also finished in fourth place in the East Coast Cycling Conference and had two individual Division II national champions—Daniel Holmdahl ’14 and graduate student Leslie Lupien.

Because cycling is a club sport, the team raises funding. The cyclists have no coach, and participants can come to practice and races as they please. This makes the team, which has about 30 members, a self-selecting bunch. 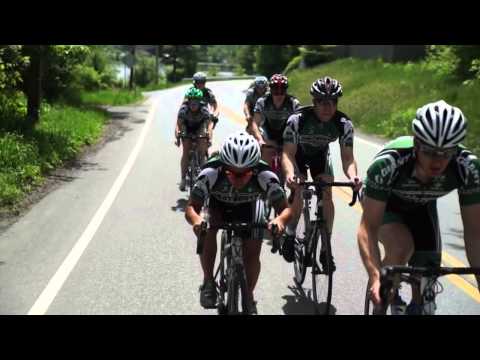 Khare, who is majoring in digital media and technology, says the commitment from team members is impressive.

“I think it’s just incredible,” she says. “Cycling is a time and energy commitment like nothing else. Everyone is so invested in making the experience incredible.”

“I just like pushing myself in any way,” says Holmdahl, a government major.

Dartmouth Cycling, which was founded in 1961, has now won eight Ivy Cups. The team competed in races across the eastern seaboard this spring, at schools including Bard College, the Massachusetts Institute of Technology, and the United States Military Academy. Team members spent much of their spring break training in the Blue Ridge Mountains of Virginia.

“In cycling, you can go anywhere,” says Khare. “I love that.”