On July 16, Dartmouth announced the appointment of James Tengatenga, diocesan bishop of Southern Malawi and chair of the Worldwide Anglican Communion’s Anglican Consultative Council, as the Virginia Rice Kelsey ’61s Dean of the Tucker Foundation.

Churches—including the Anglican Church—have struggled with issues concerning gay rights. Here, Dartmouth Now shares a message from Tengatenga, in which he explains his views on marriage, human rights, and the “courageous moral leadership” that has drawn him to Dartmouth. 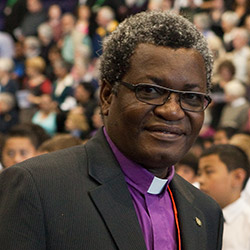 I welcome this opportunity to introduce myself to members of the Dartmouth community in advance of my coming to campus as dean of the Tucker Foundation. I am James Tengatenga, the Anglican bishop of Southern Malawi since 1998. Before that, I earned degrees at Zomba Theological College and at Seminary of the Southwest in Austin, Texas, and was ordained a priest in 1985. I’ve also done graduate work at the University of Birmingham in the United Kingdom, and I hold a PhD from the University of Malawi.

As a priest and a bishop, I have made it my life’s work to advocate for human rights. I have worked and campaigned for the rights of youth and women. I have worked to end human trafficking and all forms of violence against women. I have risked my life by advocating good and just government. As I told the search committee when I visited Dartmouth this spring, I have expected to die for the past decade because I have dared to speak out against official corruption and in defense of those Jesus called “the least of these.” I joke to my friends that I don’t leave the house after seven o’clock at night because I want to see who kills me.

In addition to my work as bishop, I chair the Anglican Consultative Council (ACC), which comprises 44 member churches in the Anglican Communion, of which the Episcopal Church is one. It is a communion of churches that has worked with diversity and continues to do so openly.

Let me state unequivocally and categorically that I consider all people equal regardless of their sexual orientation. The dignity of all should be honored and respected. As is the case with many people, my ideas about homosexuality have evolved over time. I’m not ashamed to say that, but I also think I’m not alone, and I think it’s important to have some historical context. The changing attitudes on this matter, especially in the United States, have been staggering. The 2003 consecration of V. Gene Robinson as Episcopal bishop of New Hampshire represented an extraordinary gift because it forced people—from parishioners to bishops to people outside the church—to think carefully and critically about the issue of homosexuality and gay rights. As a result, many of us came to very different understandings of the faith and the gospel.

So, let me be clear. I support marriage equality and equal rights for everyone, and I look forward to working with everyone at Dartmouth—everyone. I believe that discrimination of any kind is sinful. When I say that I am committed to the human rights of all, I mean all.

As chair of the ACC, it has been my responsibility, together with other members of the ACC, to mediate and hold the church together. We have instituted processes of reconciliation between the divergent parties in the church. Those who have not wanted reconciliation over gay issues have left the church, while others have chosen to remain. We have facilitated dialogues all over the world between dioceses and bishops with opposing views from Europe, Africa, Canada, and elsewhere. I am actively engaged in the Canadian, United States, and African discussions, not only as chair of the ACC but also as an individual. This has come at great cost from both sides of the divide.

Mediators, however, often find themselves in the crossfire. I have tried very hard to represent Africa to the West, especially to the Episcopal Church, and the West to my African colleagues.

Courageous moral leadership is what this is about, and that is what I find attractive about Dartmouth. I was born in Zimbabwe (then Rhodesia) and so I know firsthand about racial discrimination, and in fact my move to Malawi (even though I am of Malawi descent) was due to racial tensions. At age 19, I was serving a sentence for standing against the Rhodesian government. I know what it is to be a second-class citizen in the country of your birth, someone without rights. This experience also helps me appreciate the plight of LGBTQ people. I have been followed in supermarkets in the United States simply because of my skin color, so I understand something about prejudice. If a commitment to diversity is part of what the Tucker Foundation is about—and I believe it is—I have lived it and fought for it.

I want to note, finally, that bigotry comes in many forms. Many people are concerned about discrimination and prejudice against lesbians and gays—and properly so. Other manifestations of prejudice also merit our attention. It is, in part, the challenge of confronting these attitudes that prompted my interest in the Tucker Foundation position.

I look forward to working with you as we put into daily practice the foundation’s mission to educate students in their search for lives of meaning and purpose. 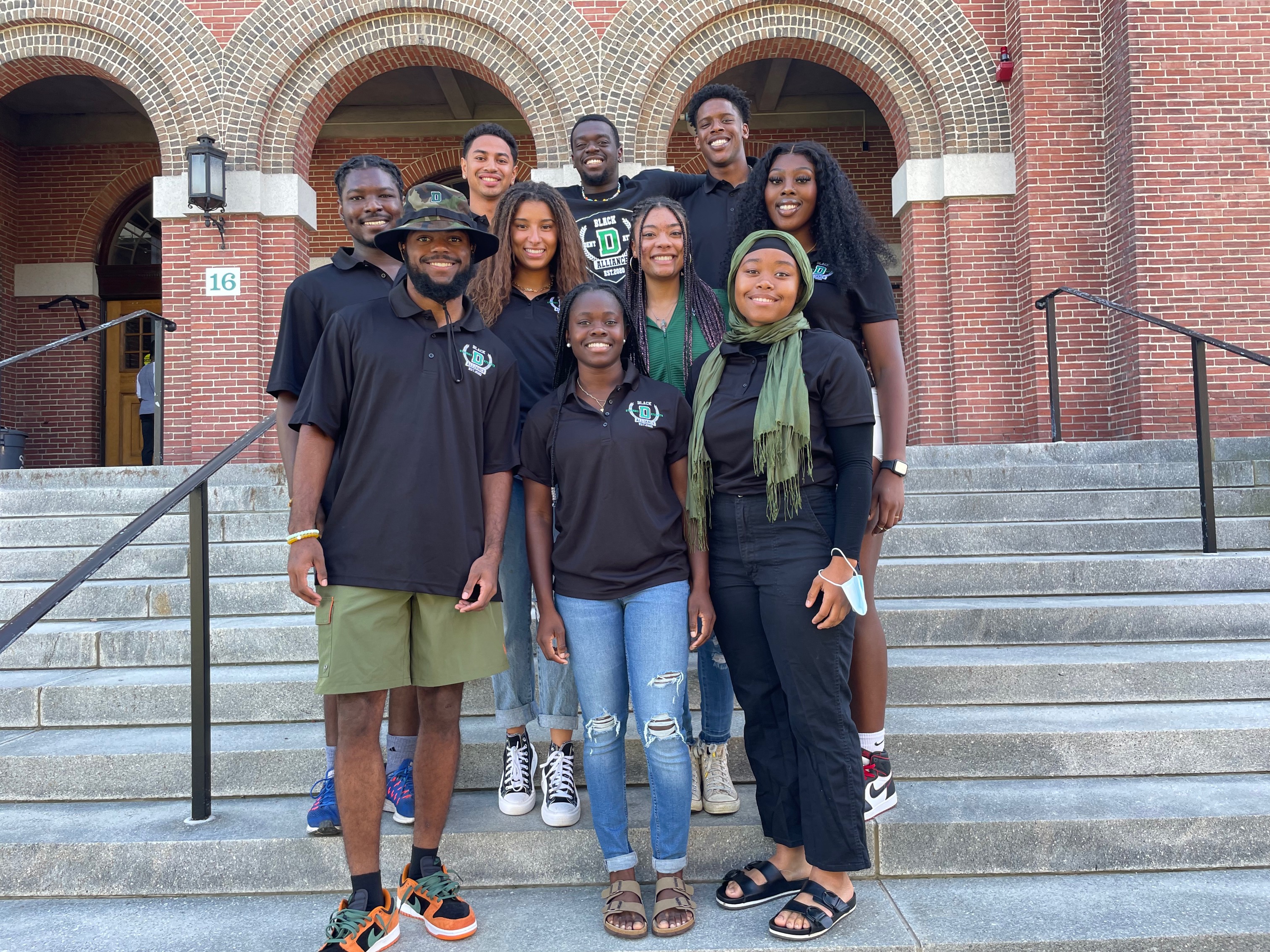 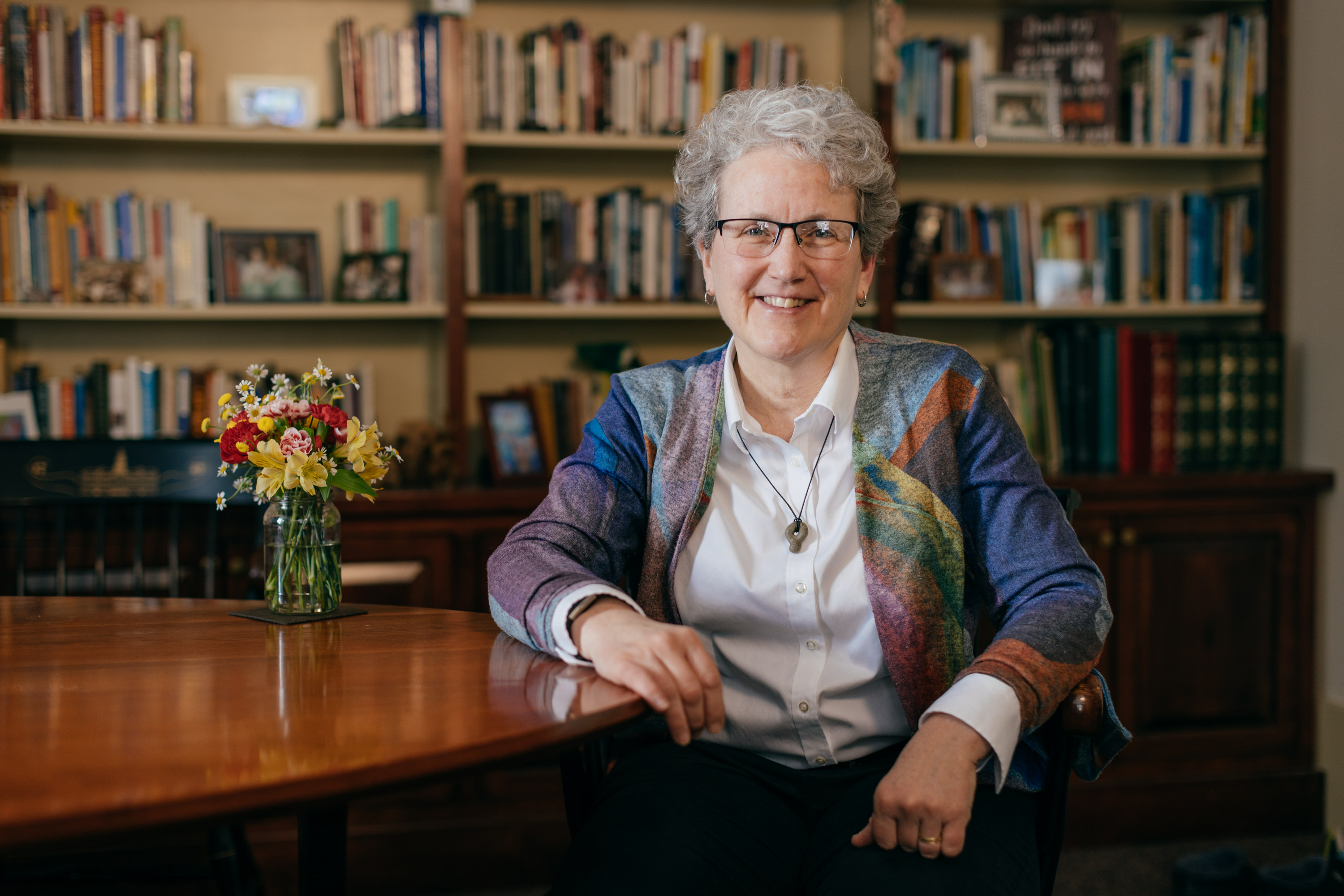