The rapidly changing political situation in Egypt following the military’s removal of President Mohamed Morsi has forced the Obama Administration to perform some uncomfortable diplomatic yoga, says John Carey, chair of the Department of Government and the John Wentworth Professor in the Social Sciences. 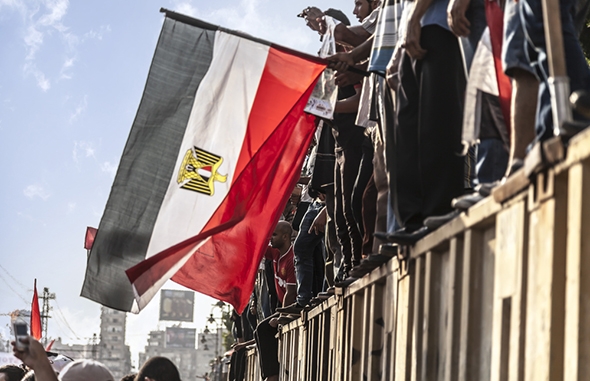 In Cairo, Egyptians take part in the June 30 protests against President Mohamed Morsi. (Photo by Shutterstock)

Carey says the administration is likely withholding condemnation of the military takeover because by law, if a democratically elected government is deposed by force, the United States must cut off aid.

The diplomatic quandary, many say, is that by cutting off hundreds of millions in aid to the Egyptian military, the United States loses one of the only levers of influence it still has in the country, says Carey, who has been a consultant for the U.S. State Department, the U.S. Security Council, and Non-Governmental Organizations on electoral reform and civil society projects in Latin America and the Mideast, including Egypt.

The situation in Egypt is profoundly complex and defies the simple thumbs up or down requirement of the law governing foreign aid, Carey says. The military’s intervention was welcomed by a broad spectrum of groups, liberal, secularist, and democratic, and, notably, the ultra-orthodox al-Nour Party.

Morsi’s Freedom and Justice party, the political wing of the Islamist Muslim Brotherhood, is viewed with suspicion by many Western politicians, and was widely denounced by Egyptian opponents as anti-democratic, insufficiently Islamist or simply incompetent. But a decline in popular support cannot be a license to depose a government, Carey says. 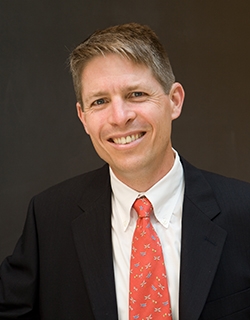 “It is not impossible to have an Islamist party and democracy,” says Professor John Carey. (Photo by Joseph Mehling ’69)

“Any political movement is much less popular in power,” he says, a reality Franklin Roosevelt underscored with a political aphorism: “With every decision I make 10 enemies and one ingrate.”

He notes that a fundamental tenet of democratic rule is that political opposition is exercised within the system. “The large problem here is if we say to Islamist factions that they must respect democracy and the rule of law, and then our own government supports displacing an elected Islamist president, there is no reason for Islamic groups to buy into the principle.”

Egypt’s military announced that new elections would be called in short order, but the means for holding elections are in utter disarray, Carey says. The Egyptian court dissolved the popularly elected Parliament in June 2012, saying election rules were faulty. That begs the question of how new rules will be drafted by a military-appointed government, Carey says.

Meanwhile, the country’s new rulers have renewed a criminal investigation of the Muslim Brotherhood; on July 7, 2013, at least 51 Morsi supporters were shot and killed by security forces outside a Cairo barracks; and last month, 43 workers for pro-democracy and civil government NGOs, including the International Republican Institute, for which Carey has consulted, were arrested and the organizations’ assets were seized.

While the democratic experiment in Egypt is still struggling to find its footing, Tunisia, the birthplace of the Arab Spring, offers a more hopeful picture, Carey says. A conservative Islamist party in Tunisia formed a coalition government with liberal and secularist politicians and called for new elections before the end of the year. “It is not impossible to have an Islamist party and democracy,” he says.

One thing is certain, Casey says: The Obama administration has a lot to take into account as it attempts to thread this needle.