Distinguished Dartmouth alumnus Dan Reicher ’78, who has worked for three presidential administrations, is the next speaker in the “Leading Voices in Energy, Sustainability, and Security” series.

Every year, the summer series accompanies a course for sophomores, who spend the term at Dartmouth. The class will meet with the speakers prior to the lecture. This year the course is taught by Andrew Friedland, the Richard and Jane Pearl Professor in Environmental Studies. 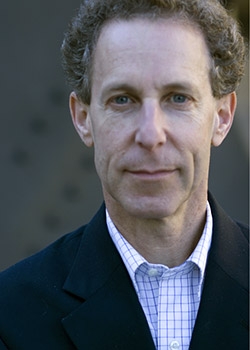 “Dan Reicher has an incredible mix of backgrounds: public service in the Department of Energy, private service in the finance sector, academia,” says Friedland. “He was the director of Climate Change Initiatives at Google. As an alumnus, Reicher embodies just about all the career opportunities our students dream about—so I can’t wait for them to meet him.”

Reicher will give a talk, “Smart Policy and Finance for Clean Energy,” at 4 p.m. on July 18 in Moore Hall’s Filene Auditorium.

The Stanford Law graduate has worked for the Carter, Clinton, and Obama administrations. He was a member of Carter’s commission on the accident at the Three Mile Island nuclear power plant; an assistant secretary of energy for Clinton; and a member of Obama’s transition team. He now serves as executive director of the Steyer-Taylor Center for Energy Policy and Finance at Stanford University.

Reicher worked at Google as director of climate change and energy initiatives from 2007 to 2011. He has been named one of the top five most influential figures in U.S. clean energy by Oilprice.com.