The three winners of this year’s Eleanor Frost and Ruth & Loring Dodd play-writing competition take a compelling, imaginative, and at times musical approach to such topics as the impact of climate change on Native Alaskans (Thaw), the splintering of a young girl’s family (Little Lights), and the relationship between a father and his son (Our Fathers). 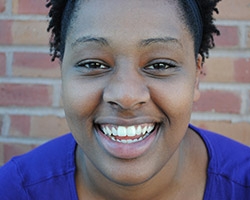 Little Lights, by Olivia Scott ’13, will see a full production by the Dartmouth Department of Theater. Scott, who majored in African and African-American Studies and served as chair of the Black Underground Theater Association, won the Ruth and Loring Dodd Drama Prize for best play by a Dartmouth undergraduate. Associate Professor of Theater Jamie Horton will direct the production in Warner Bentley Theater at 8 p.m. on Saturday, July 27, and again on July 28, following the 7 p.m. readings of the Eleanor Frost Play Festival winners. 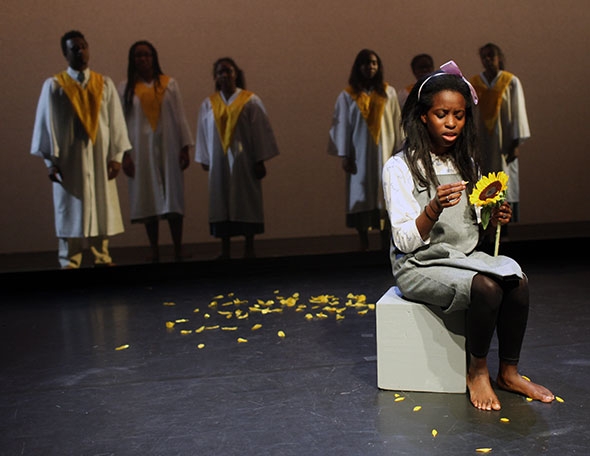 Staged readings of the two Eleanor Frost Play Festival competition winners, Thaw, by Aaluk Edwardson ’12, and Our Fathers, by Michael McDavid ’15, will take place at 8 p.m. on Friday, July 26, and at 7 p.m. on Sunday, July 28. Marina McClure ’04 will direct both readings in Warner Bentley Theater. 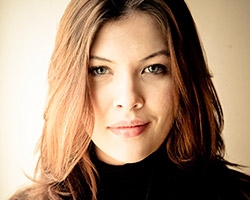 Aaluk Edwardson ’12, the author of ‘Thaw,’ is an Eleanor Frost Play Festival competition winner. (Photo courtesy of the Hopkins Center)

Scott, who interned in 2011 with the New York Theater Workshop during its annual summer residency at Dartmouth and acted in the VoxFest production of Jimmy Carter’s Table in early July, says she “was completely shocked to be named (the Dodd winner). But it’s amazing to have a place to gain this sort of experience. To be around the table, changing lines and watching people bring them to life, seeing so many people put work into this, has been completely humbling.”

According to Horton, who directs the Dartmouth theater program, Scott’s 30-minute play has “a lot of theatrical elements” and includes a gospel choir, whose singers are played by Dartmouth College Gospel Choir members. While Horton says he mentored Scott as a director and led the 2012 Department of Theater London Foreign Study Program in which she participated, this is the first time he’s worked with her as a writer. 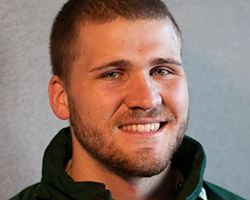 Eleanor Frost Play Festival competition winner Michael McDavid ’15 is the author of ‘Our Fathers.’ (Photo courtesy of the Hopkins Center)

“She’s a delight,” Horton says of the Charlotte, N.C., native, who is now working for Northern Stage in White River Junction, Vt. “Open and collaborative in spirit and she has a good sense of story. Olivia has a lot of talent and a very bright career in front of her.”

Aaluk, the author of Thaw, is an Inupiat Eskimo from Northern Alaska and mother of a 7-year-old son. She graduated with a degree in theater and sociology and a minor in environmental studies, and plans to work with Boston middle school students this fall using theater as a character-building tool.

McDavid, who wrote Our Fathers, is an English major from Pennsylvania. He is a member of the Dartmouth Rugby Football Club and The Dartmouth Rude Mechanicals, the College’s student-run Shakespeare troupe. An avid writer of fiction and poetry, this is his first foray into writing plays.

The Dodd Drama Prize for the best play written by a Dartmouth undergraduate was established in 1969 by a bequest from Clark University Professor Loring Dodd. A cash prize goes to the winner, and the play is fully produced by the Dartmouth Department of Theater and directed by a faculty member.

The Eleanor Frost Play Festival was established in 1950 by a gift from Eleanor Louise Frost, which has been supported by gifts from Professor Henry B. Williams. The winning playwrights, Dartmouth undergraduates, receive a cash prize and their plays are produced as staged readings by the department.