Dan Reicher ’78, a former Google executive and executive director of the Steyer-Taylor Center for Energy Policy and Finance at Stanford University, recently spoke at Dartmouth as part of the “Leading Voices in Energy, Sustainability, and Security” lecture series.

In this video interview, Reicher talks about various ways colleges can approach sustainability.

“I’m a big believer that, if we’re going to succeed in dealing with the sustainability issues, we’ve got to take a very integrated approach that involves advancing technologies, putting smart policies in place, and ensuring that there’s adequate finance to make it all happen,” says Reicher. 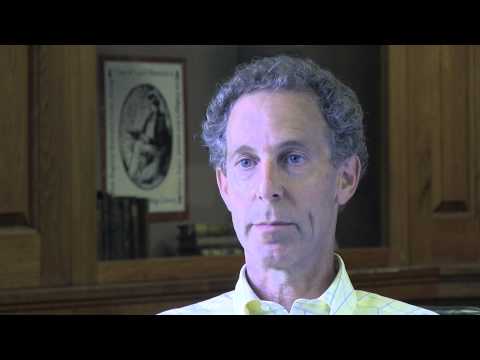 The Stanford Law graduate has worked for the Carter, Clinton, and Obama administrations. He was a member of Carter’s commission on the accident at the Three Mile Island nuclear power plant in Pennsylvania; an assistant secretary of energy for Clinton; and a member of Obama’s transition team.

Reicher worked at Google as director of climate change and energy initiatives from 2007 to 2011. He has taught at the Yale University School of Forestry and Environmental Studies and at Vermont Law School, and is a member of the National Academy of Sciences Board on Energy and Environmental Systems and co-chairman of the American Council on Renewable Energy. He is also a member of the Dartmouth Alumni Council.