Alexi Pappas ’12 was the top American runner in the women’s race, finishing sixth with a time of 37:32. “It was an amazing weekend,” Pappas tells the Herald. “I’m proud of it. But, I want more.” Pappas, a former Big Green cross country and track and field standout, still trains under Dartmouth’s Mark Coogan, assistant track and field coach and head coach of the women’s cross country team, the article notes. 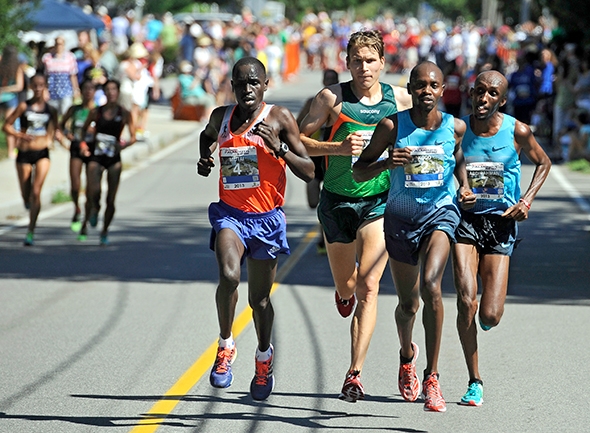 In the men’s division, Ben True ’08 finished as the runner-up with a time of 32:12, only two seconds behind the race’s winner. While at Dartmouth, True was an All-American in outdoor track and field, cross country, and Nordic skiing.

Read the full story, published 8/12/13 by the Boston Herald.