Professor of Anthropology Deborah Nichols’ approach to education transcends the classroom. “For most students, college offers the first opportunity to take courses about archaeology,” she says. “For some, doing archaeology in the field will be a transformative experience. They learn to dig with trowels, toothbrushes, and lasers, while having a legitimate excuse to get dirty.” 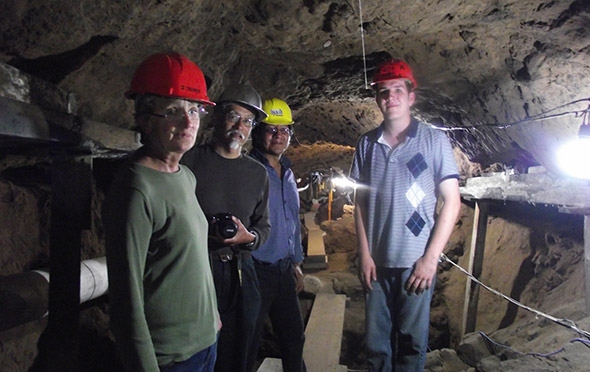 It was his high school track and field coach who first got Colin Quinn ’15 hooked on archaeology. Conversations with Coach Jason Paling at Nashua (N.H.) High School South revealed the athlete’s archaeological avocation. Paling is co-principal investigator on the Chiquilistagua archaeological project with Justin Lowry, an instructor at George Mason University. The site, southwest of the Nicaragua capital city of Managua, is located on land owned by Paling’s in-laws. 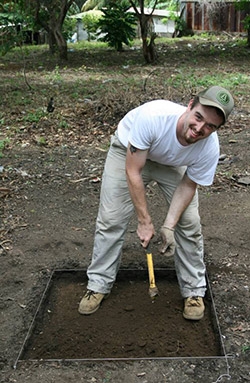 Getting his hands dirty in Nicaragua, Colin Quinn ’15 excavates a small plot that yielded an array of artifacts. (Photo by Jason Paling)

Quinn’s interest was kindled by a course on Mesoamerica with Dartmouth Professor Deborah Nichols, propelling him into a double major in anthropology and biological sciences. A return to Nashua on winter break as an assistant coach at the high school resulted in an invitation for Quinn to participate in the Nicaragua excavation. The site, thought to have been occupied between 500 B.C. and 500 A.D., may have been a conduit for trade between the cultures of Mexico to the north and South America.

While the project was being funded by a KickStarter grant, Quinn still had to pay his own way. With support from Dartmouth’s Claire Garber Goodman Fund and an Undergraduate Research Grant, Quinn joined the dig from mid-July through mid-August. Nichols is Quinn’s Dartmouth adviser on the project, with Lowry and Paling guiding his work on site.

The Dartmouth undergraduate has been working on a plot where multiple stone floors have been uncovered, producing artifacts ranging from obsidian—a naturally occurring volcanic glass—to ceramics and other stone materials. “Some substantial ceramic vessels have been partially uncovered and a possible cap stone to a burial is being further explored,” Quinn says. “I am working on an obsidian project and possible thesis which will be published through the Nicaraguan Institute of Culture. The artifacts found will help to establish a picture of this ancient village and how its people interacted with other populations.” 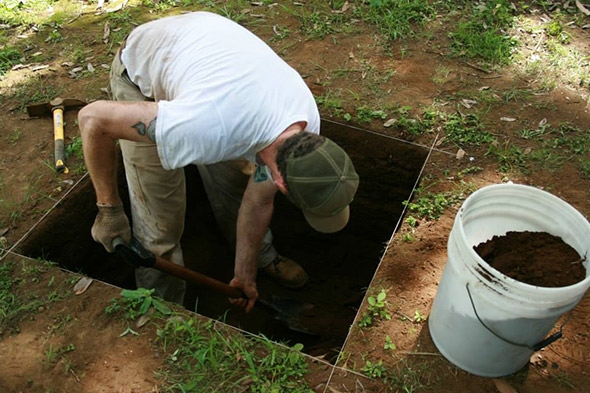 Really getting down to business, Colin Quinn ’15 probes the depths of his plot. (Photo by Jason Paling)

Quinn will be following up his fieldwork with obsidian studies using the University of Missouri Research Reactor, which will look at the elemental fingerprint of the obsidian. Comparing results with data from known sources of obsidian will inform the study of pre-Columbian trade in the region. Quinn will pursue studies at Dartmouth in anthropology, archaeology, and history. His plans include participation in the New Zealand Foreign Study Program with Dartmouth anthropologist John Watanabe, focusing on the indigenous Maori culture as well as a historical perspective of the Polynesian region.

Justin Lowry says of the project, “Archaeology in Nicaragua is bringing to light an ancient people who are undiscovered, understudied, and relatively unknown. It is especially gratifying having undergraduates on the project who are discovering archaeology as a discipline as we are discovering the ancient Nicaraguans.”