Author Seamus McGraw was on campus last week to deliver the final “Leading Voices in Energy, Sustainability, and Security” lecture.

After riding his motorcycle from his home in Pennsylvania to Hanover, he spoke with Dartmouth Now about energy issues and why they need to be dealt with through an interdisciplinary approach. 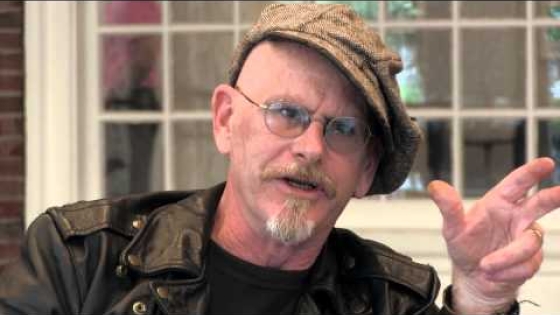 McGraw has been awarded the Freedom of Information Award from the Associated Press Managing Editors. He has also been honored by the Casey Foundation and the Society of Professional Journalists.

In The End of Country, McGraw writes about his native northeastern Pennsylvania and the conflict between area residents and gas companies that arose after it was discovered that the land holds some of the world’s richest natural gas deposits. The Minneapolis Star-Tribune called the nonfiction work “a rare, beautiful, and, yes, sometimes heartbreaking examination of the echoes of water-powered natural gas drilling—or fracking—in the human community.”