Architect William McDonough ’73 whom TIME magazine called one of the “heroes of the environment,” spoke at Dartmouth this week as part of the “Leading Voices in Energy, Sustainability, and Security” lecture series.

In this video, McDonough recalls the influence of Dartmouth on his work.

“I learned a lot about human values [at Dartmouth],” says McDonough, a studio art major. “Those values can be applied in anything you do.” 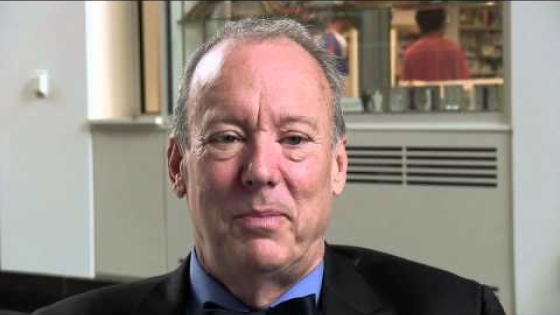 A graduate of the Yale University School of Architecture, McDonough has been at the forefront of sustainable architectural design for years. He received the Presidential Award for Sustainable Development in 1996, a National Design Award in 2004, and was named designer of the year by Interiors magazine in 1999. In 2002, McDonough co-authored the book Cradle to Cradle: Remaking the Way We Make Things. He has also served as dean of the University of Virginia School of Architecture. McDonough is also a co-author of the book The Upcycle: Beyond Sustainability—Designing for Abundance.