When he entered the field of medicine, Glyn Elwyn, a professor and senior scientist at  The Dartmouth Center for Health Care Delivery Science and The Dartmouth Institute for Health Policy and Clinical Practice, had a background in theater and literature. It struck him that the roles in the typical doctor-patient interaction contained a built in power imbalance—which was especially unfair in that the patients were often fearful and insufficiently informed, and that the potential for being harmed was almost entirely borne by the patient. 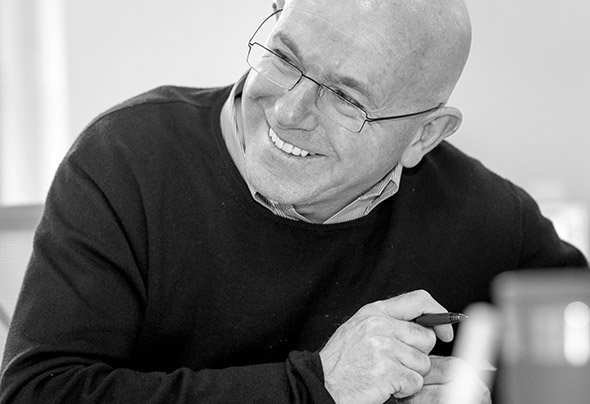 When he first began seeing his own patients in Wales, in the United Kingdom, Elwyn inherited a traditional practice that used paper records and files. He developed a habit of giving patients their records to read in the waiting room, in advance of being seen. What he learned in the process astonished him—his patients routinely corrected errors; many were upset about the ways they’d been described by previous physicians. Allowing them to share in their own records led not only to more transparency and accuracy, he discovered, but better health. “When you involve patients as partners,” he says, “basic human nature takes over. You become more careful. You take care not to take on unnecessary risks. The possibility of making errors goes down. Ultimately, outcomes improve.”

Since then, Elwyn has dedicated much of his professional energy to “democratizing” the power imbalance in medical relationships, to making sure that patients’ voices are better heard and understood.