Daniel Susman ’10 spent four years at Dartmouth majoring in environmental studies and biology and working on the College’s Organic Farm. He spent the past three years putting his Dartmouth experience to good use. 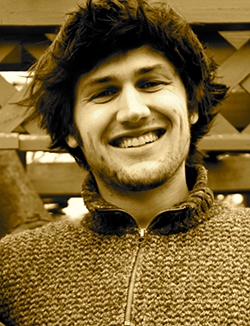 “I love interacting with students and will be excited to talk to them about my experience making this film,” says Daniel Susman ’10. (Courtesy of Daniel Susman)

Since graduating, Susman has produced and directed a documentary film exploring the role of urban farms in America. Susman collaborated with the film’s co-producer and director of photography, Andrew Monbouquette. Susman and Monbouquette are both from Omaha, Neb., and were childhood friends.

Next week, Susman will return to Dartmouth to share what he’s learned. Dartmouth’s Environmental Studies Program and Department of Film and Media Studies will co-host a screening of the film, Growing Cities: A Film About Urban Farming in America, on September 25 in the Black Family Visual Arts Center’s Loew Auditorium. The event is supported by the Porter Family Fund for Sustainability Science.

There will be a reception at 6 p.m., and the screening begins at 7 p.m., followed by a question-and-answer session with Susman.

The documentary film explores the role of urban farms in cities across the United States. Susman and Monbouquette film their trip across the country, in which, traveling by minivan, they visit more than 80 urban farms—everything from bee farms to window farms—and interview dozens of urban farmers. The film has been selected to screen at numerous festivals, including the Portland Film Festival, the Flagstaff Mountain Film Festival, and the Wine Country Film Festival.

“I loved recording the stories of all the inspiring farmers, food activists, and every day people who are using gardening to strengthen their communities,” says Susman. “The diversity of projects made me realize how widespread the good food movement has become.”

“The Environmental Studies Program is delighted to co-host one of the first screenings of this important documentary,” says Anne Kapuscinski, the Sherman Fairchild Distinguished Professor of Sustainability Science. “Daniel Susman’s impressive work on this film beautifully illustrates connecting knowledge to practice to foster a sustainable society. We emphasize this connection in the Environmental Studies Program and sustainability efforts across campus, and we celebrate Dan’s accomplishment.”

In 2010, Susman was the recipient of the Department of Film and Media Studies’ Blair Watson Award. The Dartmouth award helped to finance Susman’s project, covering expenses such as hiring a video editor, travel costs, and licensing fees. The Environmental Studies Program also provided financial support for the film. He also received Dartmouth General Fellowships to help fund the filming and completion of the documentary. 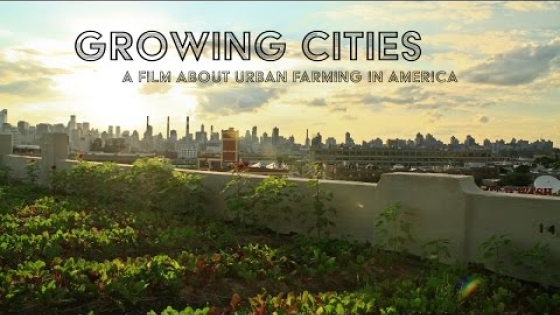 James Brown, a senior lecturer of film and media studies who had Susman in one of his courses, says he is looking forward to seeing the film.

“Dan’s film is the culmination of three years of hard work and incredible dedication. It seems to me the perfect synthesis of skills, both technical and intellectual, that Dan acquired here at Dartmouth,” says Brown.

Susman, who works in Omaha as a fellow for the Union of Contemporary Arts, is eager to return to Dartmouth for the showing.

“I love interacting with students and will be excited to talk to them about my experience making this film and how what they’re learning at Dartmouth might lead them to do things they never imagined—like making a movie,” he says.