Pulitzer Prize-winning writer Steve Coll, dean of the Graduate School of Journalism at Columbia University and former Washington Post managing editor, welcomes the emphasis President Phil Hanlon ’77 places on the liberal arts as the foundation for success. Coll says that the ability to think across disciplines is vitally important in the quickly evolving world of journalism and new media. 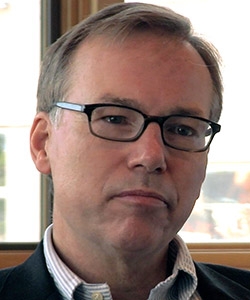 Steve Coll won a Pulitzer for his book “Ghost Wars: The Secret History of the CIA, Afghanistan, and Bin Laden, from the Soviet Invasion to September 10, 2001.”

It was an undergraduate grounding in English and history that launched his own career, Coll says in a video interview during his recent visit to Dartmouth.  “A lot of journalism is about thinking and writing,” he says. “Even in the multimedia age, that’s still true.”

Coll won a Pulitzer for explanatory journalism with David Vise at the Post in 1990 for a series of articles on the Securities and Exchange Commission. He has written extensively about South Asia for the Post and as a staff writer for The New Yorker. In 2005, he won a Pulitzer for his book Ghost Wars: The Secret History of the CIA, Afghanistan, and Bin Laden, from the Soviet Invasion to September 10, 2001.

Coll joined Daniel Benjamin, director of the John Sloan Dickey Center for International Understanding, for a public conversation on October 17 about South Asia, journalism, terrorism, the oil industry, multinational corporations, and other topics. Coll says Benjamin, former ambassador-at-large and coordinator for counterterrorism at the U.S. State Department, is on his short list of phone contacts, dating back to their days as reporter and source in Washington, D.C. 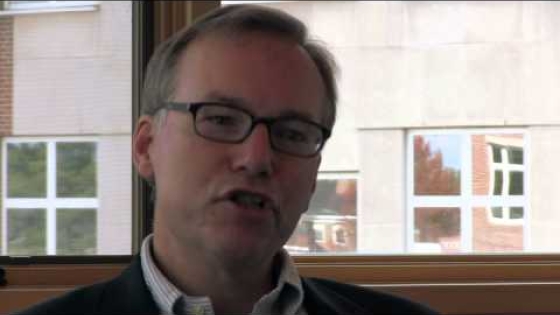 The media world permeates every facet of our lives today, Coll says, and many college-age men and women are not only drawn to the field, they are defining it by imagining new tools and platforms that don’t exist yet. Yet in this digital world, the product is dependent on people who can translate their knowledge across disciplines with people who have different sets of expertise—someone writing code, or a specialist in computational science and an English major, for example.

“Getting those people into the same conversation is difficult in any circumstances,” Coll says. “But it is a lot easier if both of them, while acquiring their distinct discipline, lived in a liberal arts environment where they are, throughout their four years, being asked to cross over and essentially build a synthetic knowledge rather than a specialized knowledge.”