Tribal college faculty and students, government officials, and researchers from around the country will come to Dartmouth next week for an Indigenous Peoples Climate Change Working Group conference, hosted by the John Sloan Dickey Center for International Understanding. The Working Group is a tribal college- and university-centered network of organizations focusing on climate change research and education.

“To me this meeting is historic,” says Daniel Wildcat, the Gordon Russell Visiting Professor in Native American Studies at Dartmouth and the convener of the conference. “It’s going to be powerful both scholastically and symbolically.” 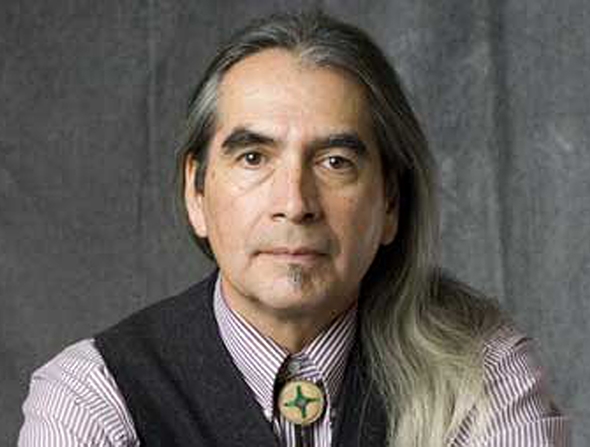 Visiting Professor Daniel Wildcat, the convener of the conference, says the meeting will be historic. (Courtesy of Daniel Wildcat)

Wildcat is particularly pleased that the meeting, taking place November 4 and 5, will be hosted for the first time in the East. “People think of Native Americans as residing west of the Great Lakes. For tribes in the East, we’re finally meeting here in their homeland.”

The two-day conference will feature speakers, panel discussions, and small working groups. Distinguished author and activist Oren Lyons, of the Onondaga nation, who has won the United Nations NGO World Peace Prize will be the keynote speaker. Robin Kimmerer, a professor at the SUNY College of Environmental Science and Forestry will also speak.

Topics that will be addressed include the impact of climate change on Native lands and the strategies employed by indigenous peoples to combat climate change. Wildcat says he hopes the conference will foster collaboration between universities, federal agencies such as the Environmental Protection Agency and U.S. Geological Survey, and tribes. Sixty to 70 representatives are expected to visit Dartmouth for the conference, including distinguished guests such as Congressman Eni F.H. Faleomavaega (D-American Samoa) and Samoan elder Failautusi Avegalio.

“What we do is get good people who are focused on this common set of problems, and we visit, we talk, we collaborate on real issues,” says Wildcat. “The working group has been a catalyst for research and collaboration.”

Ma’Ko’Quah Abigail Jones ’14, who is helping organize the conference, says she is looking forward to talking with others at the conference, which is co-sponsored by The Nelson A. Rockefeller Center for Public Policy and the Social Sciences.

“It’s great to meet all these people who are working on similar issues, and have these important conversations,” says Jones.