As part of its 30th anniversary lecture series, The Nelson A. Rockefeller Center for Public Policy and the Social Sciences will host Diane Ravitch, U.S. assistant secretary of education under President George H.W. Bush and a vocal critic of public school privatization and the test-based programs No Child Left Behind and Race to the Top. 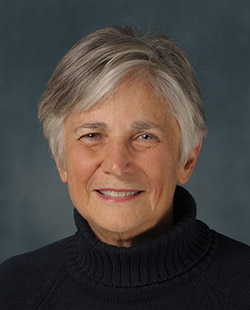 Diane Ravitch is a research professor of education at New York University and a senior fellow at the Brookings Institution. (Photo courtesy of Diane Ravitch)

The lecture, “Reign of Error: Responding to the Assault on Public Education,” is at 7:30 p.m. Wednesday, October 23, in the Hopkins Center for the Arts’ Alumni Hall and is co-sponsored by the Dartmouth Department of Education’s Teacher Education Program and the Vermont School Boards Association. Ravitch, a research professor of education at New York University and a senior fellow at the Brookings Institution, will meet with students from the teacher education program and public policy students from the Rockefeller Center in the afternoon for a conversation about talking with policy makers about education policy.

Ravitch’s visit is part of a year-long lecture series featuring prominent public policy scholars and practitioners. Many are Dartmouth alumni, including Jonathan Shrier ’85, acting special representative for Global Food Security with the U.S. Department of State; and Michael Breen ’02, executive director of the Truman National Security Project and the Center for National Policy. (Shrier’s lecture has been postponed until winter term.)

Since its founding in 1983, it has been the mission of the Rockefeller Center to educate, train, and inspire the next generation of public policy leaders in all fields through multidisciplinary education, public lectures by visiting scholars and dignitaries, skills training, and public policy-oriented research across the social sciences. The Center’s ongoing work honors the contributions of Dartmouth alumnus Nelson A. Rockefeller ’30 to the life of the nation.

“As recent events have shown, without broad and capable leadership, the ability of our public institutions to address problems and respond to opportunities is diminished,” says Andrew Samwick, director of the Rockefeller Center and the Sandra L. and Arthur L. Irving ’72a, P’10 Professor of Economics.

“The need to educate our most promising students for lives of leadership in public policy is even more apparent now than it was 30 years ago at the Center’s founding. The faculty and staff of the Rockefeller Center look forward to many more decades of innovative scholarship and teaching in support of better public policy,” he says.

Lecturer Rebecca Holcombe, director of Dartmouth’s Teacher Education Program, says she is glad for the opportunity to collaborate with the Rockefeller Center to sponsor Ravitch’s visit, and to encourage dialogue about education policy in the United States. Ravitch’s latest book, The Reign of Error: The Hoax of the Privatization Movement and the Danger to America’s Public Schools, is an important contribution to that debate, says Holcombe, who was recently named Vermont Secretary of Education by Gov. Peter Shumlin.

Other speakers in the lecture series