Dartmouth is the top-ranked Ivy League institution and sixth overall among doctorate-granting institutions for percentage of undergraduates studying abroad, according to a report released this week by the Institute of International Education. 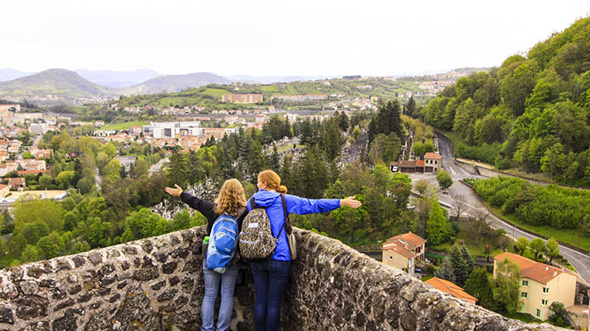 More than 64 percent of Dartmouth’s Class of 2011 studied abroad.

“International perspectives and experiences are integral to the liberal arts and will be invaluable to our graduates. It is gratifying to see this recognition of our study-abroad programs,” says Lynn Higgins, the Frank J. Guarini Associate Dean for International Studies and Interdisciplinary Programs. “What is more important than rankings, however, is our drive to create and maintain the very best possible international study opportunities for our students.”

The College is a historic leader in off-campus study, with programming dating back to at least 1958. Today, Dartmouth has formal exchanges with more than 25 countries on six continents. Dartmouth faculty members, who have expertise in more than half the world’s countries, lead dozens of language and non-language programs every year.

“A liberal arts education at Dartmouth prizes most of all the development of critical thinking skills,” says Jim Dorsey, associate professor of Japanese. Dorsey often leads the Japan Language Study Abroad (LSA). “Dartmouth students are smart enough to realize that study abroad contributes to critical thinking in this way, and they are brave enough to take the plunge by enrolling in a Language Study Abroad or Foreign Study Program (FSP).”

Dartmouth’s programs fit well with the D-Plan, which allows more flexibility in study abroad than universities with semester schedules. And Dartmouth offers many programs in addition to LSAs and FSPs, such as service experiences and alternative spring break trips run by Dartmouth’s centers.

In addition to study abroad offerings, Dartmouth has partnerships with universities worldwide, including affiliations with the American University of Kuwait and American University in Kosovo, and as part of the Matariki Network, a seven-school consortium founded in 2010.

Description
In an article based on recent travels in the U.S., English and creative writing professor Jeff Sharlet finds that for Donald Trump’s true believers, the insurrection was an act of faith and Ashli Babbitt is a martyr.
Logo
Image