Dartmouth is working to create a stronger sense of community in undergraduate residential life and to offer more social opportunities, President Phil Hanlon ’77 told the Faculty of Arts & Sciences in a November 18 address on undergraduate student life. He outlined ideas for community improvement and discussed the progress the College has made on student safety issues.

President Hanlon stressed the importance of evidence-based strategies and consultation with national experts to address high-risk drinking and sexual assault, issues that have bedeviled colleges and universities throughout the nation for many years. He also invited faculty to engage more closely with students in a number of ways, including bringing dialogue about diversity and tolerance into the classroom, training to be sexual violence first responders, and increasing academic offerings during summer and winter terms.

“Today is an important starting point, a chance to begin my discussions with you, my faculty colleagues, in a meaningful, thoughtful way,” said Hanlon. “Improving student life is a difficult, complex undertaking, and we need to all be rowing in the same direction if we’re going to make a difference.”

“In all your interactions with students,” Hanlon told the faculty, “make it clear that you care about safety and inclusion, that this is a campus that will not tolerate sexual assault, that you expect them to make responsible decisions about life on this campus.”

In many conversations during his first six months as president, Hanlon has asked undergraduates what single thing could be done to improve student life at Dartmouth. Overwhelmingly, the answer has been: Create a greater diversity of social options. 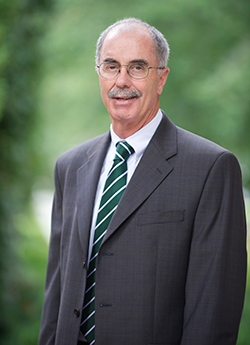 “Improving student life is a difficult, complex undertaking, and we need to all be rowing in the same direction if we’re going to make a difference,” President Phil Hanlon ’77 told the Faculty of the Arts & Sciences.(Photo by Jeff Woodward)

“Some expressed this as a concern—that Greek life is too dominant on campus. But I heard just as often from the staunchest supporters of the Greek system that the campus would benefit from a richer variety of social options,” Hanlon said. “So let’s begin with this challenge: How can we create a more robust marketplace of social opportunities for our students?”

He suggested a number of ways:

The president discussed improving inclusivity on campus through a new program at Dartmouth called InterGroup Dialogue (IGD), which brings community members from diverse backgrounds together in a moderated discussion to explore issues of social identity. Hanlon cited research that shows students come away from an IGD experience with a greater commitment to social responsibility, reduced tendency toward stereotyping, more complex thinking, and better communication and conflict-resolution skills. He also asked faculty to consider participating.

He discussed ongoing efforts to address high-risk drinking, and sexual assault and violence, and said Dartmouth has seen success in its work in these areas and is considered a national leader in addressing student safety issues.

“Our efforts have been noticed by others,” he said. David Lisak, a nationally recognized expert in the study of sexual assault on college campuses, has approached Dartmouth about co-hosting a conference on strategies for the future.

The College is working on a data-driven, broad-based community mobilization against sexual assault and violence that includes the Dartmouth Bystander Initiative, which trains members of the community to intervene when it appears that a social encounter could lead to an assault. Consultant Jennifer Messina ’93, a national expert in addressing sexual violence who has worked with other universities, nonprofits, and the military, developed the program specifically for Dartmouth. So far, more than 600 students have been trained in the program, with more than 150 students completing an advanced leadership training program.

Dartmouth has seen the number of medical encounters for students with extremely high blood-alcohol levels decrease from 29 incidents in September and October of 2010, to five incidents during the same two-month period this fall.

“That is remarkable progress,” said Hanlon.

In addition, he said motivational interviewing in a program called BASICS has shown a significant reduction in incidents of heavy alcohol consumption, with more than 1,300 students taking part in the program since 2011.

“I believe we are seeing evidence-based strategies working, appealing to our students’ intellects and giving them the tools to evaluate their own drinking, and, in turn, they’re choosing to drink more responsibly. And the numbers are bearing this out,” Hanlon said.

The faculty also heard from Dean of the College Charlotte Johnson and Professor C. Robertson McClung, who co-chaired the Committee on Student Safety and Accountability, which has just released its report. The committee is seeking comment from the community on the report, Johnson said. 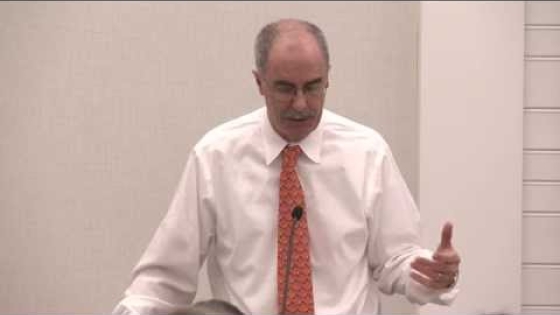