‘You Can Tell Just By Looking’ Authors to Discuss LGBT Myths

The first collaboration between Michael Bronski and Michael Amico ’07 occurred during Amico’s senior year, when they rewrote the lyrics of Iolanthe for a Dartmouth Glee Club production “to update them to reflect contemporary Dartmouth issues,” says Amico. 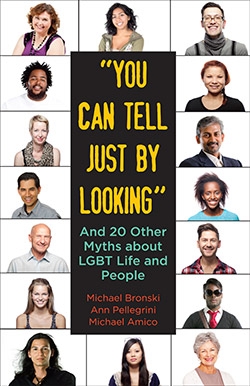 Now Bronski, a senior lecturer in women’s and gender studies, and Amico have collaborated on a much larger project, ‘You Can Tell Just By Looking’: And 20 Other Myths about LGBT Life and People. The professor and his former student teamed up with New York University Professor Ann Pellegrini to write the book, which was published last month by Beacon Press. It has earned a starred review from Publisher’s Weekly, which wrote, “This powerful book demands that we look more closely at the ways we move in and structure our society, and asks vital questions that will steer the culture toward justice and equality.”

Bronski and Amico are moderating a discussion of LGBT myths on Wednesday, November 6, at 4:15 p.m. in the Hopkins Center for the Art’s Top of the Hop. The event is open to the public.

For the book, each author first tackled the myths they had studied or written about, says Bronski, and the trio then collaborated and rewrote each myth extensively. Bronski addressed such topics as “Hate crime laws prevent violence against LGBT people,” while Amico wrote about “Coming out today is easier than ever before,” among other topics. The book is evenly divided between “homophobic myths and myths the gay community believes, such as ‘all religions condemn homosexuality,’” says Bronski, who won the prestigious Stonewall Book Award in 2012. “They are both harmful in some way and, to some degree, gay people shouldn’t be let off the hook.” 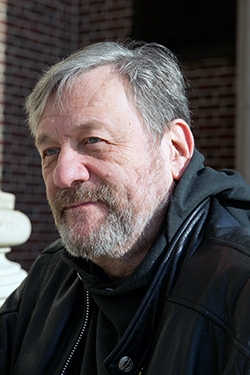 When Amico was an undergraduate, he took three classes taught by Bronski. Bronski also helped pair the Orchard Park, N.Y., native with a number of news outlets so that Amico could write articles about gay youth. Bronski knew Amico was an excellent writer and that the 29-year-old would add a different perspective to the book.

“At 64, I’m sort of an old hippie radical SDS (Students for a Democratic Society) person, and I’ve been involved in the gay movement since 1969,” says Bronski. “Whereas Mike grew up in a post-AIDS gay movement. So while we have similar politics, we’ve had very different experiences in the movement. What he brought to the project was the perspective of a much younger person who had experienced the movement and gay life very differently than Ann and I had.”

Amico, who is a PhD candidate in American Studies at Yale University, was thrilled when his friend and former teacher approached him about working on the book. “I thought it would be a great continuation of all the conversations we’ve had since I first met him, and that we’d have a chance to solidify our opinions together and put them out there in the public,” he says. “That was exciting to me because we’re both interested in being part of a public conversation.” 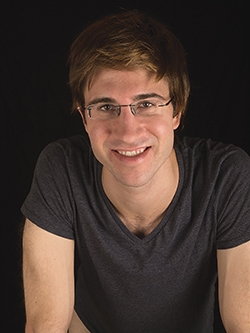 Michael Amico ’07 is a PhD candidate in American Studies at Yale University. He was a Senior Fellow while at Dartmouth. (Photo courtesy of Beacon Press)

Now that he has co-written a book with his former professor, Amico says he considers Bronski “a colleague in terms of writing the book, but I would look at him first as a very close friend. And that started at Dartmouth.”