Major Motivation: Tales From the Classroom

A transformative class at Dartmouth can be part of students’ long-held plans or one they’d never counted on taking.

Emma Steele ’14, the Office of Public Affairs’ Whitney Campbell Intern, talks to other ’14s about the classes that have had a powerful impact on their personal growth and college careers. She also shares her own story. 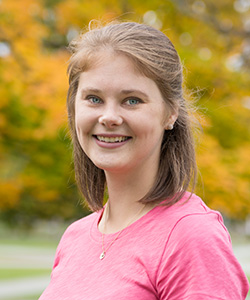 I am no longer a pre-med student, and I couldn’t be happier.

When I arrived at Dartmouth, I struggled as I tried to balance my love of science with my love of the arts. I had decided before coming to college that I wanted to be pre-med, so I focused solely on science courses my first year, neglecting my love of theater.

At the time, I believed this strategy was the best way for me to get into a top medical program.

However, by the end of my first year, I was completely burned out. I had taken all of these courses that had satisfied requirements, but they didn’t fulfill me. I had spent hour after hour in the library, studying and memorizing material, but I didn’t really have a passion for what I was learning. Once home for the summer, I realized I needed to take a step back and figure out why I was unhappy and what I was missing.

After a lot of reflection—which included journaling and talking with my parents—I concluded that what I was missing was the arts. I had acted and studied some form of theater since I was 7 years old. Before college, it was really the only extracurricular activity that had been a constant. I didn’t realize how much of an impact it had on me until it was gone.

With this in mind, I came back sophomore year planning to take control of my education. I looked up the theater courses offered in the fall and decided to sign up for “Acting I” with Professor James Rice. Although I am usually a very practical person, I chose this course based solely on my feelings. I did not analyze anything, but followed my heart. For some reason, I believed “Acting I” would help me grow, and after my first encounter with Professor Rice, I knew my intuition had been right. Professor Rice was thoughtful, engaged, and genuinely interested in who I was, and it was his sincerity that really confirmed my decision to join his class.

Through this course, I was able to immerse myself in theater, discovering who I was, what I believed in, and what made me tick—what really got me excited. For me, the most challenging part of the course was the 30-second self-introduction. On the second day of class, Professor Rice asked each of us to stand up and give a raw, honest description of ourselves. I decided to sing. My parents constantly joke that there is never a silent moment in our house, so I thought this was appropriate. Looking back, I realize this decision was a safe one because I was extremely comfortable singing in front of an audience. I wanted to share a part of myself, but not too much.

When asked to give the same introduction at the end of the term, however, I approached the task very differently. This time I didn’t sing, but relished the fact that I had so much I wanted to share about myself and about the course. I was excited about describing who I was rather than giving a performance. I was no longer worried about what others thought about me. I spoke plainly and put into action what I had learned from the class: Always be yourself.

This message rings true for me in all that I do, and that is why “Acting I” is so special. Not only did this class reignite my passion for theater, it also grounded me in who I am. As much as I like science, I wasn’t fulfilled by it. With the help of Professor Rice, I learned that it is OK to follow your passions.

This year I will be graduating as an English major modified with theater and a neuroscience minor. This degree truly represents who I am, and I know I wouldn’t have come to this realization without “Acting I.” 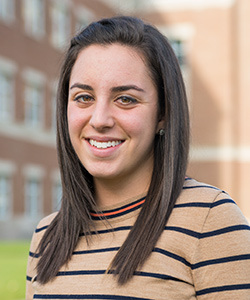 “Behavioral Neuroscience” is mandatory for neuroscience majors. This class was a completely different format from any other class I have ever taken. It was team oriented and almost self-taught, and there was a lot of participation. Each day we were given a packet that contained cases—each had a different person and an ailment he or she was suffering. You and your team were essentially playing doctor. It made us, as students, the doctors for our exams and the classes. And even though I have no intention of going to medical school, this course ignited a passion for solving problems and utilizing relevant information. 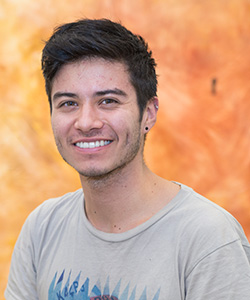 I decided to take a chance on an art class that had a distinctive craft and technical side. Printmaking is a process and involves an enormous amount of work, but it is also uniquely meditative. Printmaking helped so much because it’s akin to breaking up with someone you love very much for the first time: There’s a fair amount of suffering and struggle, but ultimately you grow so much. It allowed me to take the discipline I learned from the experience, and control how I approached and developed creative ideas and how I envisioned crafting a physical piece. And afterwards, it just made everything seem much more possible. After taking that class, I felt that all other mediums were open to my exploration and continued expression. 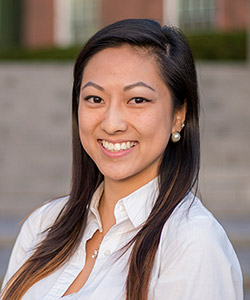 I took “Design Thinking” to fulfill a science-with-lab credit, but once I was in the class, I really loved it. The class focuses on strategy, consulting, innovation, and creative thinking, all of which are very interesting to me. One day we would do improv acting; another day we would learn Photoshop. The final project in the class was to solve a campus problem and then pitch it to the administration. This allowed us to feel like we had real agency in generating change for our school. Some administrators actually followed up with us after the presentation to get more feedback and see our raw data. In all, this class was one of the more practical courses offered to undergraduates. 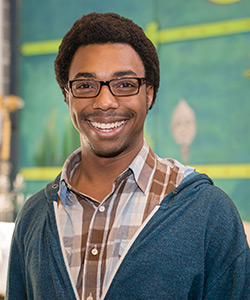 “Costume Design” was my first chance at Dartmouth to get insight into a professional working artist’s design mindset. The creative process we went through not only prepared me to design costumes if I so desired, but also can be applied to basically any situation where creativity is necessary. Professor Churba Kohn would ask us to choose a painting or portrait that brought to mind the mood and style we wanted to evoke with our design choices, which is something that sounds simple but was critical to giving us a foundation to build on. It was tasks like that that really taught me to be cohesive with what I was creating. This class was the first moment of my Dartmouth career where I felt like my personal artistry really matured. 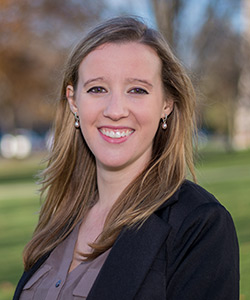 This course completely opened my perspective on international relations and development policies, a change that was further emphasized during my Chinese Foreign Study Program. I was able to evaluate the impoverished conditions we saw on our trips through western China against the backdrop of China’s recent development efforts, which greatly favored immediate industrialization of cities over countrywide economic reform benefiting all citizens. I also saw the education and wealth disparity between women and men in a very different light. This class helped me to see female education and empowerment as the first step in breaking cycles of poverty, and was integral to my decision to start my own campus chapter of She’s the First, a national organization aimed at sponsoring girls’ education. 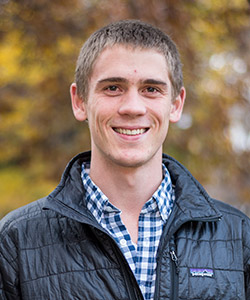 I took this course because the description sounded so intriguing: “An examination of the process of moral reasoning and its relationship to religious belief.” I was raised in a very religious family, so much of my own moral compass was derived from that experience and the teachings of Christianity. This course was thought provoking and brought up a question that I’d never really thought about: What does it mean to be “moral”? I was challenged to view morality in a way that was outside the moral lens I’d so comfortably grown up with, and many of the readings clarified a lot of misconceptions that are common regarding moral issues in religion. I’ve now completed the ethics minor, and may not have gone down this path had I not taken “Religion 11.” 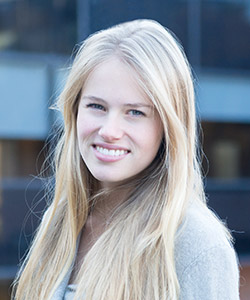 This class made me think about what I want every day. It made me take a step back and look around and think not about what others need from me but what I need from them. It’s hard to self-reflect in an environment like Dartmouth, which can be so hectic. But this class makes you think about how you feel and why you feel that way because you have to keep a daily journal and tell stories about yourself and your family. The family-portrait exercise was particularly challenging and rewarding. In this exercise, you play different people in your family and play a conflicting experience you had with your family. It helped us learn a lot about our classmates and about our own inner feelings about our families. 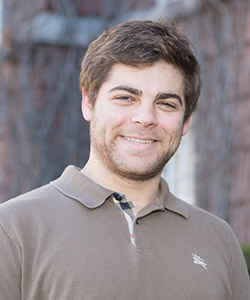 It was an absolutely fascinating subject, and Professor Rimberg teaches it fantastically. This class is one of the reasons I now research high-level optical phenomena in my free time. I distinctly remember a lab in which my partner and I got a bunch of slides with very small holes in them. However, by polarizing the light and lining up the squares in certain ways, we got easily visible distinct wave-interference patterns. It was a demonstration that all the weird math associated with quantum mechanics and photons works. This class also made me think more actively about light, a subject we all take for granted but most of us really don’t understand. 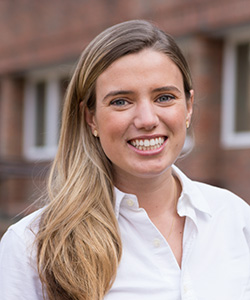 My older brother is a Dartmouth ’09, and his biggest piece of Sophomore Summer advice was to take a class with Professor Wheelan. Heeding this wisdom, I registered for “Contemporary Issues in American Politics and Public Policy.” As an economics major, I had already learned many models and frameworks for looking at the world, but this course helped me to actually apply the concepts to specific policy solutions. It was also a great introduction to the curricular options at the Rockefeller Center. After taking this class, I ended up taking several more policy courses and declaring a minor in public policy. Professor Wheelan is so dynamic and presents the material in an accessible and fun way. This course made me think beyond my academics to how I could apply economic frameworks to impacting policy.