A rare sketch leaf manuscript written by Ludwig van Beethoven—which goes on the auction block January 15 in Amherst, N.H.—is an extremely important piece of evidence about the way the composer worked, according to Associate Professor of Music William Summers. 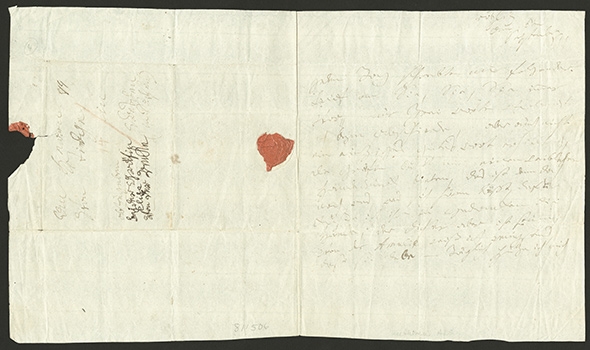 New Hampshire Public Radio reports that bidding on the sketch leaf, part of Beethoven’s work on the majestic Missa Solemnis, was approaching $400,000 by the early morning of January 15.

“Whatever price this sketch leaf may bring, its true value lies in the visible revelations it provides concerning Beethoven the composer and a work of the highest value in western classical music, the Missa Solemnis,” Summers says.

“The sketch that will be auctioned off provides direct evidence of Beethoven’s working method,” he says. “We see one rather important change he made to the final form of the Missa Solemnis, a decision to change the meter of the Agnus Dei movement. Those students of this work now have a unique additional piece of evidence about this piece, and can struggle to understand why Beethoven made the change. It is, admittedly, one page. However, for students of Beethoven, every bit of new evidence can further unlock Beethoven’s working method, and also illumine the mind of a musical genius.”

Students of Beethoven can also turn to Dartmouth’s Rauner Special Collections Library, which has a collection of the composer’s music as well as a letter he wrote to the poet Tiedge.

“We have a very rare copy of the first edition of his music, and two or more versions of his works in more modern editions,” Summers says. “Our most remarkable Beethoven treasure is an original letter he wrote to the poet Tiedge, in 1811. It has held a central place in the course that I have taught on Beethoven since 1987.”

Summers discussed Beethoven’s Missa Solemnis during an interview with NHPR.

Written by
Anne Adams
Share this
FacebookTwitterEmail
In the News