Of the five women named to the 2014 Winter Olympic U.S. Biathlon team this week, three are Dartmouth graduates.

Hannah Dreissigacker ’09, Thayer ’10, Susan Dunklee ’08, and Sara Studebaker ’07 are heading to Sochi, Russia, to try for the first-ever medal for the U.S. in biathlon—an ancient sport with military roots that combines cross-country skiing and rifle shooting. 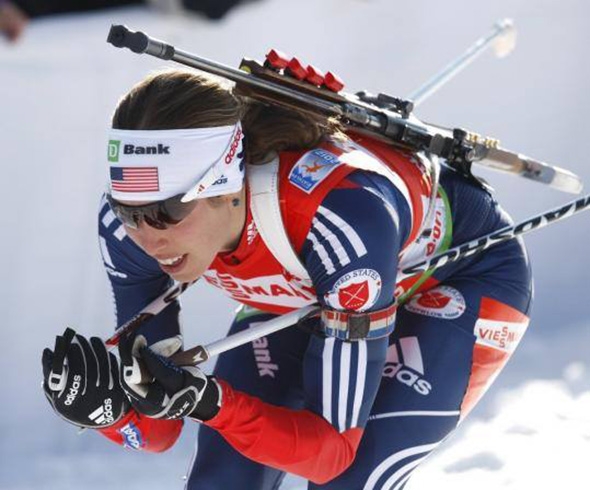 “We believe we are members of the strongest team U.S. Biathlon has ever fielded,” says Susan Dunklee ’08. (Photo by Ralph Orlowski/Reuters)

“We will have quite the Dartmouth contingent,” says Dreissigacker, the daughter of Olympic rowers Judy Geer ’75, Thayer ’83, and Dick Dreissigacker. “We have worked so hard together, pushed each other to be better, helped each other through the hard parts, and had so much fun together, and I am so glad that we all qualified for Sochi together.”

All three were members of the Dartmouth ski team, training under coach Cami Thompson Graves. They were also top students, majoring in engineering and studio art (Dreissigacker), biology with an ecology focus (Dunklee), and government and Latino and Caribbean studies (Studebaker). 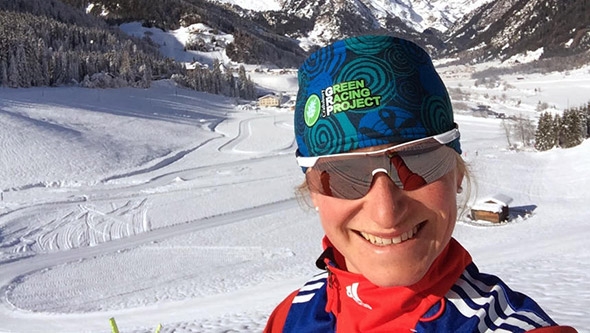 “We encourage our athletes to compete outside of intercollegiate skiing, and I think that attitude is a strength of our program. I have been lucky to coach some talented athletes, and I am so happy to see them achieving their goals,” says Graves.

Studebaker competed in the 2010 Olympics in Vancouver. She had the highest finish among Americans in the 7.5-kilometer race, and she led the start for the team in the 4x6 kilometer relay. “Making the team with two of my Dartmouth teammates makes it an especially special experience,” she says.

”Making the team with two of my Dartmouth teammates makes it an especially special experience,” says Sara Studebaker ’07. (Photo by Viktoria Franke)

The highest finish ever for a U.S. biathlete in the Olympics has been in the top 10 in Vancouver in 2010. This year, according to Team USA, “the U.S. Biathlon team has never been better positioned for success.”

Dunklee notes that training for the Dartmouth ski team, combined with rigorous academics, helped prepare her for the physical and mental demands of biathlon.

“We believe we are members of the strongest team U.S. Biathlon has ever fielded. I’m proud to represent our country alongside these fine daughters of Dartmouth,” Dunklee says.