Abbey D’Agostino ’14 has been named the U.S. Track & Field and Cross Country Coaches Association (USTFCCCA) Division I Women’s National Scholar Athlete of the Year for the 2013 cross country season. 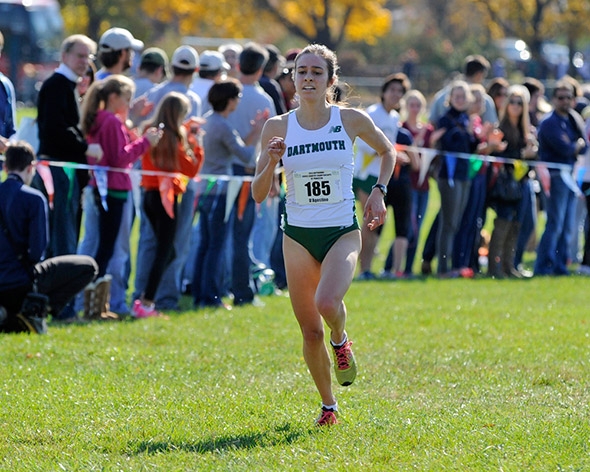 This is the fifth time in her career that D’Agostino has earned USTFCCCA Scholar Athlete of the Year honors. In addition to 2012 and 2013 accolades in cross country, the Topsfield, Mass., native has been the recipient of the award during both the 2013 indoor and outdoor track and field seasons as well as the 2012 outdoor campaign.

On Saturday, February 15, D’Agostino posted the fourth-fastest time ever by a collegiate woman in the 3000-meters at the 2014 Millrose Games at The Armory in New York City. D’Agostino, a five-time NCAA national champion, finished the race in 8:51.91 to claim fourth overall in a field of 14. The elite race featured 12 professionals with D’Agostino and Iona’s Kate Avery the lone collegiate runners.

The 8:51.91 established a new personal best for D’Agostino by breaking the Dartmouth record of 8:55.41 that she set in the event at last season’s Huskie Invitational at the University of Washington. It was not only a new program mark, but also the fastest time by any collegiate woman this year, eclipsing the 9:00.76 set by Providence’s Emily Sisson last week at Boston University by nearly 9 seconds.