Scholars of illustrated works—including comics, graphic novels, and animated films—from the UK, Germany, Canada, and the U.S. are convening on campus this weekend for the second annual “Illustration, Comics, and Animation” conference at Dartmouth. 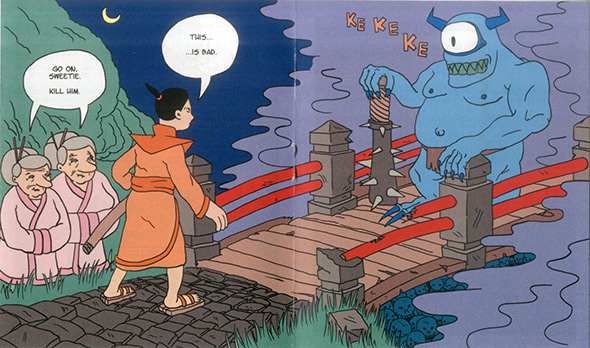 A center-page spread from “Rest,” by Ben Gowen, a student at the Center for Cartoon Studies. “Rest” will be on display at the conference. (Image courtesy of Ben Gowen)

“The primary aim of this conference is to bridge a longstanding divide between scholarship on moving and still images,” says Associate Professor of English Michael Chaney. The event, which runs February 28 through March 2, gathers a broad spectrum of researchers and practitioners in hopes of eliciting “interdisciplinary insights,” he says.

Dartmouth, says Chaney, is an ideal home for this event (and not just because it’s the alma mater of author and illustrator Dr. Seuss, Theodor Geisel ’25). Dartmouth has “strong faculty experts who examine the image from a range of perspectives, within and across established disciplines” and “an accomplished record of student-produced animation.”

A question-and-answer session featuring artists and authors from the Center for Cartoon Studies (CCS), an MFA-granting institution in White River Junction, Vt., takes place Friday night. The conference, says Nik Gulacsik, a CCS student who is curating the session, “brings scholars, students and artists together. It benefits everyone.”

“I love words, but are you really saying it all or telling it well if you don’t have some understanding or ease with visual storytelling?,” says panel moderator Tierney, a student of Chaney’s, an English major, and a Hood Museum curatorial intern. “It feels to me like the more digital publishing becomes, the increasingly visual it becomes, too. That’s an exciting idea for a soon-to-be-graduate.”

Conference sessions take place in Haldeman Hall, and are open to the public. A full schedule of events is published on the conference website.