A Dartmouth student is looking at how colleges and universities investigate and adjudicate sexual misconduct cases and another student is interviewing Dartmouth Sexual Assault Peer Advisors (SAPA) and assault response professionals to find ways to improve survivor support at the College. 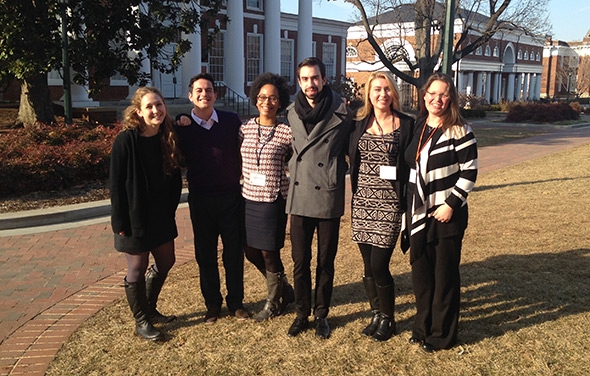 Their work is funded by Elizabeth A. Hoffman Research Grants, which were created by the Student and Presidential Committee on Sexual Assault (SPCSA) and are funded by the Office of the President and the Dean of the College. Each student receives $750 per term to support their research.

Silvia Arora ’16, who is studying adjudication of sexual misconduct and Bridget Lynn ’15, whose work is researching the potential of peer advising programs, will present their findings as part of the SPCSA’s third annual Symposium on Sexual Assault in April, says Llopiz. The work will inform the committee’s recommendations to the Dartmouth community for addressing the problem of sexual violence on campus.

Llopiz recently traveled with other Dartmouth students, President Phil Hanlon ’77, Dean of the College Charlotte Johnson, and Director of College Health Promotion Aurora Matzkin ’97 to the University of Virginia for a national conference of higher education leaders on sexual misconduct at colleges and universities.

“I think Dartmouth’s presence is very important,” Llopiz says. “There is definitely a lot of work to be done, but there also has been significant progress in the last three years.”

He says the work of SPCSA, which is supported by Dartmouth’s administration, creates a bridge that enables students and staff to share resources and give students a direct means to influence policy.

“There is often tension between constituencies—students activists and administrators. That’s what is good about our committee. It puts students in contact and in touch with policy decisions,” he says.