Matthew Friedman ’61 Steps Down as Head of National PTSD Center 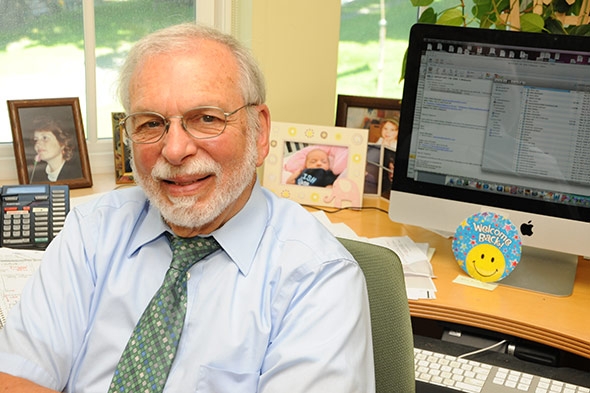 Matthew Friedman ’61 is retiring as executive director of the National Center for Post-Traumatic Stress Disorder, a post he has held for almost 25 years. (Photo courtesy of the Geisel School of Medicine)

In the mid-1960s, Matthew Friedman ’61 had to make a crucial decision. As a PhD student in pharmacology at Albert Einstein College of Medicine, he was studying the neurobiology of physical dependence and tolerance of drugs—doing novel mice experiments to show dependence and withdrawal syndrome with the drug scopolamine. One of his advisers was Jerome Jaffe, a psychiatrist who later became the drug czar under President Richard M. Nixon. Friedman could stay on with Jaffe studying addictive drugs, or find a new avenue. It was a tough decision. If he had stayed with Jaffe, Friedman says, “I might have found myself in the Nixon White House supporting Jaffe when he was dealing with the drug problems, particularly with the Vietnam veterans.”

In 1973, after completing his MD at the University of Kentucky and residency training in psychiatry at the Massachusetts General Hospital and later at Mary Hitchcock Hospital, Friedman landed a job as staff psychiatrist at the V.A. Medical Center in White River Junction, Vt. He soon was studying super sensitivity of receptors in depressed patients. His move to Vermont to work with veterans also took him in an entirely new direction professionally—into post-traumatic stress disorder (PTSD). His road to PTSD, he says, was completely by accident, “an homage to serendipity.”

Now, after helping countless patients and becoming a world leader in clinical research and treatment of PTSD, Friedman is retiring as executive director of the National Center for PTSD, a post he has held for almost 25 years—since the center opened its doors to veterans in 1989.