At the Olympic Games in Sochi, skier Andrew Weibrecht ’09 (super-G) added a silver medal to the bronze he won at the 2010 Vancouver Games, while Hannah Kearney ’15 (freestyle moguls) added a bronze medal to the gold she won in Vancouver. 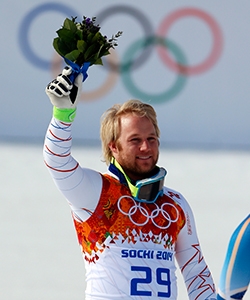 Alpine skier Andrew Weibrecht ’09 celebrates after winning a silver medal in the super-G on February 16 in Sochi. (Photo by Nathan Bilow-USA TODAY Sports)

A film clip from the documentary Passion for Snow offers a glimpse at the development of these two athletes, who represent the tip of the iceberg in a story of a skiing tradition at Dartmouth that goes back 100 years.

Dartmouth alumnus Stephen Waterhouse ’65, executive producer of Passion for Snow, captures the College’s ski story in his documentary. Since its premiere at Dartmouth’s 103rd Winter Carnival in 2013, the film has had special screenings worldwide, at a number of film festivals, and on PBS channels.

The film includes interviews with Kearney and Weibrecht and gives viewers a sense of how the two skiers’ experiences at Dartmouth have helped them become world-class athletes and Olympic medalists. 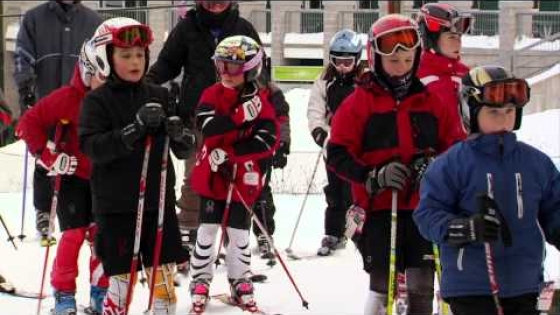 Drawing from years of research, the full documentary uses historical footage and exclusive interviews with skiing legends to show how early skiing in Hanover influenced the evolution of alpine ski racing, children’s ski training, the Winter Olympics and Paralympics, the 10th Mountain Division in World War II, the design and development of 500 significant ski areas, and more. The documentary shows how it is that this small town in New Hampshire has spawned more members of the National Ski Hall of Fame, Winter Olympians and Paralympians and national ski champions than any other college or university in the nation.
Written by
Office of Communications
Share this
FacebookTwitterEmail
Articles