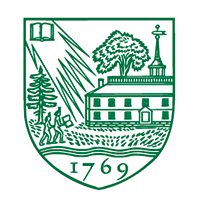 The Dartmouth Board of Trustees approved a 2.9 percent increase in undergraduate tuition, mandatory fees, and room and board for the 2014-15 academic year, representing the lowest percentage increase since 1977.

The decision, made at the Board’s March 8, 2014 meeting, is enabled by a budget process that includes robust investment in innovation and excellence through rigor, discipline, and the identification and support for Dartmouth’s most important academic priorities. This significant rollback from previous years’ increases is part of a strategy to slow the growth of the cost of a Dartmouth education.

“I applaud the Board for emphasizing the need to invest in our academic programs while at the same time keeping Dartmouth affordable for a diverse and talented student body,” said President Phil Hanlon ’77. “To do this will require thoughtful and strategic deployment of our institutional resources, prioritizing the most compelling investments in excellence and innovation. Today, the Board has sent a powerful signal that they’re fully engaged in helping us achieve this.”

The Trustees approved FY15 operating and capital budgets, expressed support for revision of Dartmouth’s disciplinary system for sexual assault, and elected a new Board Chair. They also heard about changes in student housing planned for the coming academic year, and longer-range improvements in the residential College experience that will promote continuity and choice for all students. In addition Interim Provost Martin Wybourne led a series of presentations by a number of faculty and staff members that focused on the intersection of the liberal arts and technology and how Dartmouth can use learning technologies to enhance its core mission of teaching and learning.

The Board voiced unanimous support for a proposal from President Hanlon and Dean of the College Charlotte Johnson to comprehensively revise Dartmouth’s disciplinary system for sexual assault by students. The proposal will be posted on the College website this week and members of the community will be invited to submit comments and suggestions by April 14, with a goal of implementing the new policy by the beginning of Summer Term.

Under the proposal, a single system would apply to undergraduates, graduate students, and student organizations. Key features of the proposal include use of a trained external investigator to investigate and determine responsibility for sexual assault, and strengthened sanctions including:

President Hanlon and Dean Johnson said they believe the new system would encourage reporting, expedite the process, increase consistency in sanctioning, and represent a stronger deterrent to sexual assault.

The Board heard presentations from the Dean of the College division on housing changes for the 2014-15 year including the introduction of three new “Living Learning Communities” that integrate opportunities for learning, leadership, and service. The pilots, launching in fall 2014, will center around entrepreneurship, global living, as well as several “design-your-own” theme communities for first-year and upper-class students. The board discussed a comprehensive “neighborhood approach” to housing that would direct students to separate areas of campus, or neighborhoods, after their first year where they could remain for the duration of their Dartmouth career.

“We are thrilled to have the Board’s support for these new concepts,” said Dean Johnson. “We are working closely with students and faculty to develop a range of housing options for the future.

Board members also reaffirmed their commitment to affordability through continuation of Dartmouth’s long-standing need-blind undergraduate admission and generous need-based financial aid program. For FY15, Dartmouth has budgeted $85 million in financial aid, a 5.9 percent increase over the $80 million in awards projected for the current fiscal year. Since 2007, Dartmouth has increased scholarship awards by more than 50 percent.

Other aspects of Dartmouth’s commitment to financial aid:

The Trustees voted to approve Dartmouth’s fiscal year 2015 operating budget of $1 billion. In addition, the Board approved a FY15 capital budget of $54 million to fund a number of projects, including replacement of the West Stands at Memorial Field and renovation of Alumni Gym.

The Board voted to elect Bill Helman ’80 as Chair for a three-year term, beginning after Commencement in June. He will succeed Chair Steve Mandel Jr. ’78, who has led the board for four years. Board members extended their thanks and gratitude to Mandel.

“Steve has been an amazing leader and Board Chair in every way imaginable,” said Helman. “There is no way to replace him—his dedication to Dartmouth, his willingness to do anything to help, his energy and ideas around how to make Dartmouth better. He is truly inspirational.”

The Trustees also had the opportunity to attend Friday night’s Dartmouth Idol finals, which included a surprise video of President Hanlon and his wife, Gail Gentes.