Musician, Archaeologist Are the Next Montgomery Fellows

When he was a college student, Daniel Potts visited Dartmouth several times as a member of the Harvard soccer team. Now a professor of ancient Near Eastern archaeology and history at New York University’s Institute for the Study of the Ancient World, Potts returns to Dartmouth as a Montgomery Fellow for the 2014 spring term. 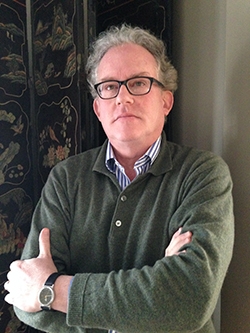 Archaeologist Daniel Potts will be in residence as a Montgomery Fellow for the 2014 spring term. His latest book is “Nomadism in Iran: From Antiquity to the Modern Era.” (Photo courtesy of Dan Potts )

Also a Montgomery Fellow this spring is world-renowned South African musician and activist Johnny Clegg, who will visit campus April 13 and 14. Clegg will give a public presentation on campus about arts and activism, and will meet with students from the Environmental Studies Program’s southern Africa foreign study program.

Potts, who specializes in the study of Iran, Mesopotamia, and the Arabian Peninsula, will be in residence the entire spring term and will live at the Montgomery House with his wife, Hildreth, a potter and sculptor. He will deliver a public lecture, “The ‘First Charter of Human Rights’? Cyrus the Great’s Cylinder Inscription in Contemporary and Ancient Perspective,” at 4:30 p.m. on March 25 in Haldeman Room 41.

Potts, who has conducted field excavation projects in Iran, Turkey, and the United Arab Emirates, will also teach a Department of Anthropology course, “The Archaeology of the Ancient Near East,” during his residency. 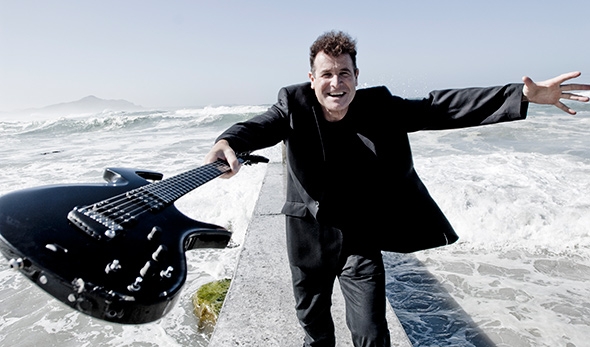 Clegg, who was awarded an honorary degree by Dartmouth in 2012, came to international attention in the 1980s when he defied his country’s apartheid restrictions to create his own vibrant blend of Western pop and African music. Since then, he has sold more than 5 million albums worldwide and won a number of national and international awards for his music and for his outspoken views on apartheid and on migrant workers in South Africa.

“Potts and Clegg promise to enrich our campus in very different but complementary ways. Both offer intriguing perspectives on the generative nature of civilization,” says Christianne Hardy Wohlforth, director of the Montgomery Fellows Program. “Potts’ work on the ancient Near East suggests that civilization ebbs and flows over time, and that contemporary ideas are not nearly so novel as we may think. Clegg, on the other hand, as an artist and activist in apartheid South Africa, reminds us that individual action can make a significant difference to history.”

The Montgomery endowment, which invites exceptional individuals to the college to live, work, and share their perspectives as members of the community, was established in 1977 through a gift of Kenneth ’25 and Harle Montgomery.