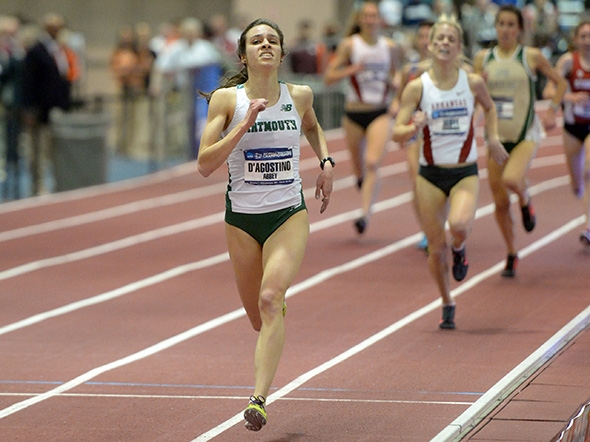 Will Geoghegan ’14 is now a two-time All-American after coming in fifth in the men’s mile Saturday. Geoghegan, who was also an All-American in the fall during cross country season, ran a 4:04.17 in the event finals Saturday night inside the Albuquerque Convention Center, earning first-team distinction.

Also competing over the weekend was the Dartmouth men’s hockey team, whose season came to an end at the hands of Union via a two-game sweep in the ECAC Hockey Quarterfinals in Schenectady, N.Y.