While the skiing backgrounds of Dartmouth teammates Patrick Caldwell ’17 and Lizzie Kistler ’16 are quite different, their paths have led them both to this week’s National Collegiate Athletic Association (NCAA) Men’s and Women’s Skiing Championships in Park City, Utah. 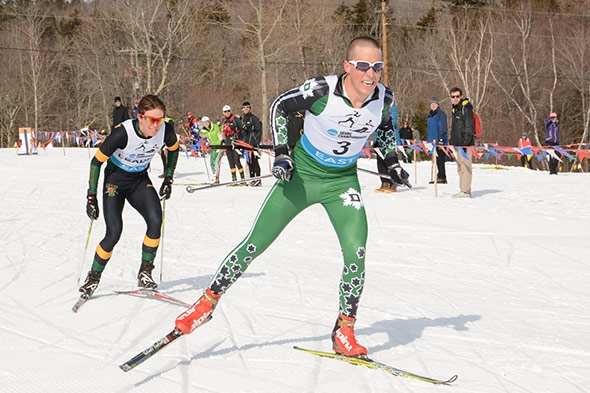 Patrick Caldwell’s “passion and dedication have enabled him to get to a high level as just a freshman,” says Ruff Patterson, Dartmouth men’s cross country skiing head coach. (Photo by Gil Talbot)

Kistler, who grew up in California, didn’t strap on a pair of skis until age 9. She quickly made up for lost time, though, and as a high school student attended Vermont’s Burke Mountain Academy to pursue high-level alpine skiing with classmates like Sochi slalom gold medalist Mikaela Shiffrin.

Now Caldwell and Kistler are at the NCAA Championships, where they and 10 other Dartmouth skiers will represent the Big Green from March 5-8. Dartmouth will be vying for its fourth NCAA team title, having last won the title in 2007, and is one of eight schools that will compete with the full complement of 12 skiers. 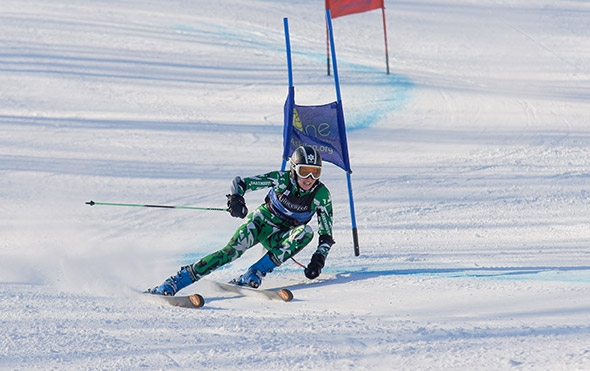 Lizzie Kistler ’16 “creates great angles with her body, so it’s really fun to watch her snake her way through the gates,” says Chip Knight, Dartmouth’s director of skiing and the women’s alpine head coach. (Photo by Eli Burakian ’00)

Caldwell and Kistler are considered strong contenders for individual titles. Caldwell represented the United States in the World Junior Championships in late January and won two of his last three collegiate races, including the 20-kilometer freestyle at the NCAA East Regional. Kistler earned All-America honors in the slalom at last year’s NCAA Championship and has three podium finishes this season, including two victories. Both were also named to the All-East First Team at the 2014 Eastern Intercollegiate Ski Association’s (EISA) End of Season awards ceremony in late February, and Caldwell also earned Nordic “Rookie of the Year” honors, an award Kistler won last year for alpine.

Kistler, an environmental earth sciences major, will be competing in the slalom and giant slalom events. “I want to go out there and have two good races and ski as well as I know I can ski,“ she says. ”If that turns into an All-America result, then that would be great. I don’t want to put too much pressure on myself. I think the biggest thing I’m hoping for is that our team performs as well as they can, because I really think that our Dartmouth team is capable of getting top three or winning.”

“My main goal at the NCAAs is to feel good in the races and try to keep racing the way I have been these last few weeks,” says Caldwell, who attended Hanover High School for two years before transferring to the Stratton Mountain School in Vermont. “We’re all totally excited. I think we’ve all been skiing well recently and are hoping we can have some good races coming up and have a great end to the season.”

Dartmouth’s representatives in the 2014 NCAA Men’s and Women’s Skiing Championships are: 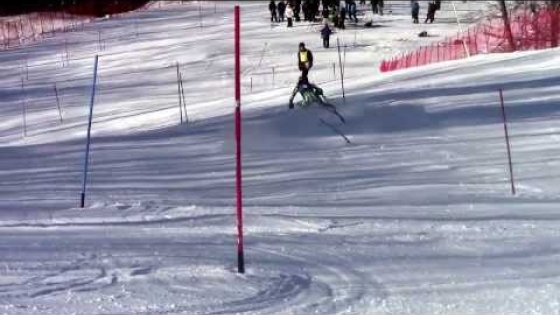