The invitation to students, faculty, and staff to join President Phil Hanlon ’77 and his top financial team in an exploration of the inner workings of Dartmouth’s budget attracted a rapid response, with nearly all of the 100 spots in the spring-term discussion sessions filling up within hours on Wednesday, March 5. 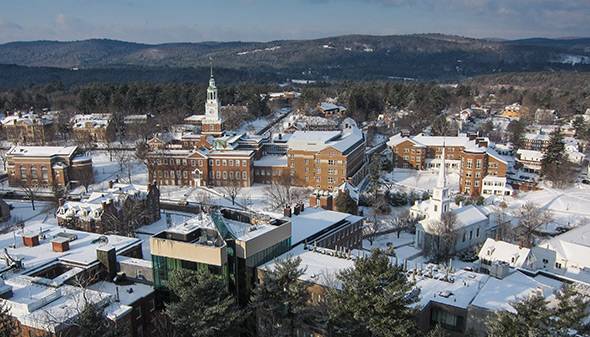 President Hanlon will lead “Inside Dartmouth’s Budget” with Rick Mills, executive vice president and chief financial officer, and Mike Wagner, vice president of finance. The not-for-credit sessions will also draw on faculty experts to cover special topics during the five meetings from April 2 to May 1.

“The cost of higher education is a critical national issue, and many students, faculty, and members of the community have a great interest in how it works at Dartmouth,“ Hanlon says. “The College budget is very complex. I’m interested in giving a broader group of people more tools and information to understand Dartmouth’s priorities and financial decision-making because we all have a stake in Dartmouth’s success.”

Although the classes are not for credit, there will be coursework, and because of the complexity of the topic, participants are expected to commit to attending all five sessions.

Mills says a goal of the series is to open the discussion to include stakeholders other than senior leaders, to look at Dartmouth’s finances in a national context, and to look at how other institutions of higher learning are responding to fiscal challenges.

“The course will unpack the basis of our budget by exploring our revenue and expenditures in the context of national trends and outside forces currently facing higher education,” Mills says.

Hanlon offered a similar course as provost at the University of Michigan in 2012, along with then-vice provost Martha Pollack ’79. The classes were widely popular among students at Michigan and led to a series of working groups that involved a broad range of people in budgeting issues at a time when the university faced steep cuts in state funding.