A group of Dartmouth alumni has committed $7 million to endow head coaching positions in the College’s varsity athletics programs.

With these additional commitments, Dartmouth has raised $11.5 million toward a $20 million goal to increase the competitiveness of its varsity teams.

“These extraordinary alumni donors and their families know that coaches are the backbone of Dartmouth’s varsity program—critical to its competitive success as well as the strong athletic community that supports student-athletes on and off the field,” said President Phil Hanlon ’77. “We are profoundly grateful for their leadership in committing so generously to our coaches and our teams.”

“At its core, great coaching is simply great teaching,” said Director of Athletics and Recreation Harry Sheehy. “Dartmouth coaches serve as leaders and mentors who, through the vehicle of athletics, teach life lessons that are transformational to students who are passionate about their sports and about learning through experience. These new coaching endowments will increase Dartmouth’s ability to attract and retain the best coaching talent, which will bolster the competitiveness of our teams. It’s a wonderful vote of confidence from some of the Big Green’s biggest fans.”

The alumni join three others—Douglas “Digger” Donahue ’73, Kathryn and Richard Kimball ’78, and John Lundgren ’73—whose gifts last year endowed the head coaches of men’s and women’s squash, women’s golf, and men’s golf, respectively. Dartmouth announced earlier this month that the Kimballs have named the women’s golf position in honor of Carolyn A. Pelzel 1954a, who retired in 2012 as Dartmouth’s senior vice president for Advancement.

With the new endowments, Dartmouth will have a total of 10 endowed coaches, with 20 head coaching positions left to endow. The College offers 34 varsity sports, which compete in NCAA Division I and the Ivy League. Nearly 1,000 undergraduates compete in almost 700 intercollegiate contests each year, and more than 75 percent of the student body participates in a sport or fitness activity.

Brad Koenig ’80, whose gift will name the Koenig Family Head Coach of Men’s Hockey, is the inaugural chair of Dartmouth’s Athletics Advisory Board, created in 2011 to lead an initiative to strengthen all areas of Dartmouth athletics, including coaching, facilities, training, injury prevention, and academic support.

Koenig says, “Our mission is to help Dartmouth’s athletic programs be the best in the Ivy League, and even the country. Coaches have had a profound impact in our own lives. We’re proud to support the coaches who are helping Dartmouth’s students perform at their best, day in and day out.” 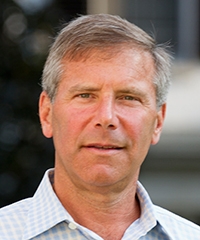 Brad Koenig ’80 is the cofounder and CEO of FoodyDirect.com, based in Menlo Park, Calif. FoodyDirect is an online marketplace that enables consumers to order food to be shipped to their door from the top restaurants, bakeries and artisan purveyors in the country.

Before founding FoodyDirect, Koenig served for several years as a special adviser to Oak Hill Capital’s private equity group. Prior to that, he spent 21 years at Goldman Sachs, where as partner, he served as co-head of the firm’s industry leading technology investment banking group. He is a director of the Lucile Packard Foundation for Children’s Health, a member of the Stanford DAPER athletic board, a past member of the Stanford Athletic Board, and a director on the boards of Theragenics Corporation, NGP/VAN Software, and the Juniper Investment Fund.

Lauren Koenig earned a BA from Stanford and an MBA from New York University, and previously worked for Merrill Lynch and in investment banking. She served on the board of Sacred Heart Schools, and co-chaired the Sacred Heart Schools Capital Campaign. She serves on the Stanford Graduate School of Education Advisory Board, the Stanford Athletic Board, and is vice chair of the advisory board of Stanford’s Haas Center for Public Service. The Koenigs have three children: Austin ’13, Kyle (Navy ’16), and Jessica. 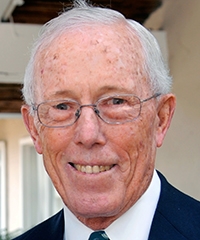 Mark Gates ’59 and his wife, Betsy, have endowed the Betsy and Mark Gates 1959 Head Coach of Men’s Heavyweight Crew. Gates is principal of Gates Land Company, a private real estate development firm based in Palo Alto, California, which he founded in 1985 after 15 years of practicing law. He has served as the secretary of the board of trustees of Trout Unlimited, past chair and treasurer of the Palo Alto Children’s Health Council, past director of the Wild Salmon Center and St. Luke’s Hospital Foundation, and as a member of the California State Board of Education. He is a member of the Dartmouth Athletics Advisory Board. He rowed for Dartmouth, and went on to earn a law degree from Stanford University, where he and Betsy met. Betsy is a retired partner of Artfocus and has served as a curator at the Cantor Art Museum at Stanford and on the board of overseers of Dartmouth’s Hood Museum. 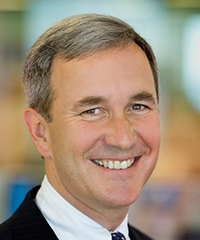 The Jenny family has endowed the Anny Jenny Head Coach of Women’s Alpine Skiing in memory of Chris’s grandmother, who, at age 15, won the first-ever National Ski Championship held in Glarus, Switzerland, in 1905. Christopher Jenny ’77 is president and senior partner at the Parthenon Group and has a long history of advising senior executives on corporate and business unit strategy. Before joining Parthenon, he was a partner at Bain & Company, and also ran a Bain Capital portfolio business. President George W. Bush appointed Jenny to serve on the President’s Export Council, advising on international trade. He is a member of the board of the Sudbury Valley Trustees, a regional land conservation trust. He also serves as vice chair of the Dartmouth Athletics Advisory Board.

Six other coaching positions at Dartmouth are already endowed:

In addition, the Holekamp Family Coach of Strength and Conditioning was endowed by a gift from Kerry and William Holekamp, Class of 1970.
Written by
Office of Communications
Share this
FacebookTwitterEmail
In the News