The Presidential Steering Committee for Moving Dartmouth Forward, formed by President Phil Hanlon ’77 to make recommendations for combating the root causes of extreme behavior, is in the midst of an intensive effort to gather ideas from Dartmouth students, faculty, and alumni. 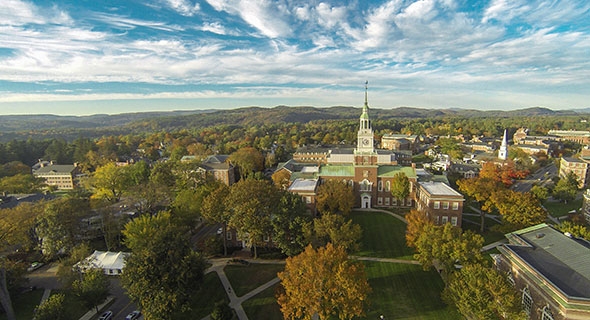 The chair of the committee, Professor of English Barbara Will, says participation from all groups has exceeded her expectations since the work started on May 5. She called the work of gathering ideas “critical.”

“If we want to be effective in this process, we have to get as many people involved as possible,” she says.

The committee is casting a wide net during this first phase of the work, which runs until June 30. In the next phase, from July 1 through August 31, the committee will evaluate the feasibility of all the ideas generated in consultation with experts.

In September, armed with a shortened list of proposals, the committee will re-engage with the community to gather feedback on the ideas. Then, in October, these ideas will go to President Hanlon and senior leaders. Hanlon plans to present a final plan to the Board of Trustees for approval at the November 7 and 8 meeting.

Given the short timeline, the committee is working on many fronts to gather ideas as quickly as possible, Will says.

Committee members met with the Alumni Council on May 15 to brainstorm ideas for combating the extreme behaviors of high-risk drinking, sexual assault, and exclusivity. The alumni were intensely committed to discussing these issues and to bringing the conversation to the wider alumni community around the country, Will says. 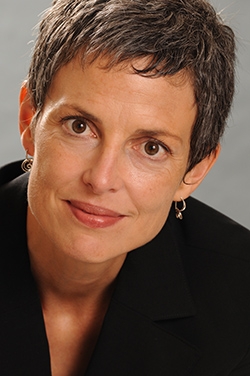 “If we want to be effective in this process, we have to get as many people involved as possible,” says Professor Barbara Will, chair of the Presidential Steering Committee for Moving Dartmouth Forward. (Photo courtesy of Barbara Will)

Meetings with student groups and organizations have been ongoing, and committee members are trying to arrange “exit interviews” with a number of students from the Class of 2014 before Commencement, Will says.

At the same time, an independent student group formed as an offshoot of the Improve Dartmouth website has launched an anonymous Internet message board. It is also hosting student discussions and has set up a chalkboard cube between Collis and the Class of 1953 Commons on which anyone can write suggestions for combating extreme behavior.

Once the first phase of work is done, the committee will begin assessing the information, and sorting and organizing the ideas by themes to come up with a draft plan to bring to the community for discussion.

“We will look for the threads in the mountains of data, and organize three to four scenarios,” she says.

But the critical task now is to make sure the ideas and opinions gathered in this process reflect as broad a section of the Dartmouth community as possible, Will says.