The recent U.S. foreclosure crisis contributed significantly to the nation’s jump in suicides, independent of other economic factors associated with the Great Recession, according to a new study by Dartmouth and Purdue University professors. 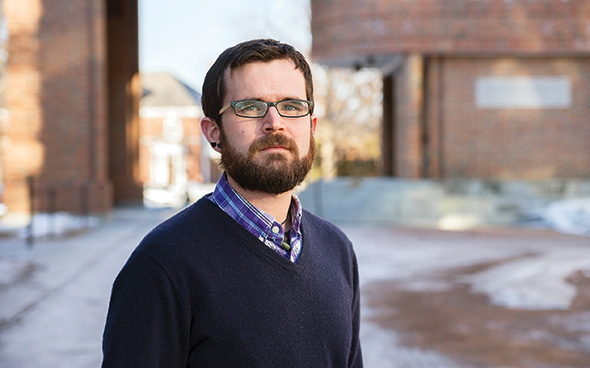 “Foreclosures are a unique suicide risk among the middle-aged,” says Jason Houle, an assistant professor of sociology. (Photo by Eli Burakian ’00 )

The study, appearing in the June issue of the American Journal of Public Health, is the first to show a correlation between foreclosure and suicide rates.

The authors analyzed state-level foreclosure and suicide rates from 2005 to 2010. During that period, the U.S. suicide rate increased by nearly 13 percent, and the number of annual home foreclosures hit a record 2.9 million (in 2010).

“It seems that foreclosures affect suicide rates in two ways,” says co-author Jason Houle, an assistant professor of sociology at Dartmouth. “The loss of a home clearly impacts individuals and families, and can arouse feelings of loss, shame or regret. At the same time, rising foreclosure rates affect entire communities because they’re associated with a number of community-level resources and stresses, including an increase in crime, abandoned homes, and a sense of insecurity.”

The impact of foreclosures on the incidence of suicides was strongest among adults 46 to 64 years old; those in this age group also experienced the highest increase in suicide rates during the recessionary period.

While other studies have shown links between economic cycles and suicide rates, this is the first to look specifically at foreclosures.

“Foreclosures are a unique suicide risk among the middle-aged,” Houle says. “Middle-aged adults are more likely to own homes and have a higher risk of home foreclosure. They’re also nearing retirement age, so losing assets at that stage in life is likely to have a profound effect on mental health and well-being.”