Students Perform Their Own Shows: Dance, Magic and More

In the theater department, students’ interest in creating a solo performance show has risen sharply. Typically, the solo performance is a project tackled by only one or two students a year. But this term, four seniors have created their own performance pieces, including a magic show, a dance performance, a digital narrative, and a one-woman theater performance.

“We are seeing more solo work,” says Daniel Kotlowitz, chair of the Department of Theater. “I think students are getting a bit more adventurous in exploring the range of possibilities in creating theater. I also think that some students are not finding a particular text that speaks to them, and so are creating their own work.”

Coming Up in May

Walker Fisher ’14, theater major modified with digital artAmbiguous: a post-modern masque, a social art experience May 10 at 9 p.m. in the Bentley Theater 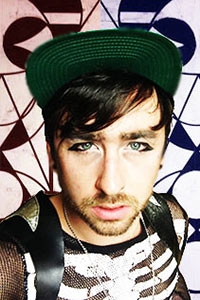 “This show is my individually designed culminating experience, thus incorporating my work from over the past two years at Dartmouth, including theatrical discoveries, digital revelations, and the phenomenological,” says Fisher.

“Specific work for the project includes animation, digital projection-mapping, lighting design, movement, and philosophy, all of which have cultivated my artistic mission: to share my vision of a neo-primitive post-human condition that allows us to rethink all preexisting constructs of thought.”

Fisher’s performance, which is sponsored by the Dartmouth Centers Forum, seeks to transform the Dartmouth community’s understanding of human interaction, sexual trauma, and the constructs of identity.

Fisher has written, designed, and directed this piece, but rather than the usual solo performance, his will include two additional performers, Veronica Burt ’16 and Mykel Nairne ’16.

Camille Van Putten ’14, theater major (A)sides, an original solo performance piece May 30 and 31 at 8 p.m. in the Bentley Theater 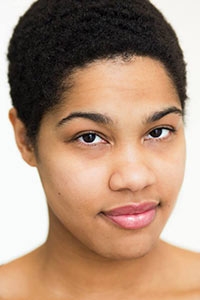 Camille Van Putten ’14 (Photo courtesy of the Department of Theater)

“Half of the material in my show is from the solo performance class I took in the winter, and the other half is from additional material I have been working on as an independent study this spring,” says Van Putten.

“What I love about this process is the fact that it’s for me very fulfilling—what I am writing about doesn’t have to be perfect. Instead, I am telling my own versions of personal and unique stories. They don’t have to be accurate, but are more about what I think and feel about the experience.”

(A)sides, a title that plays on the way in which Shakespearean actors talk to the audience, also seeks to expose the different sides of Van Putten’s personality and identity.

“I want very much for the audience to identify with my stories. I am not a woman first or a black woman first, but a human being first. These types of conventions are important and influence me, but they don’t define me. My hope is that through the stories in my show people can move past social constructs, step into my shoes, and see themselves.” 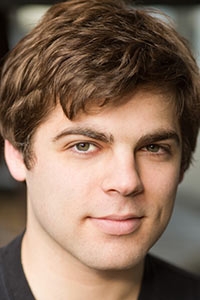 Jake Nevola ’14 (Photo courtesy of the Department of Theater)

“I wanted to put on a show based entirely on cards, where everything that is accomplished can be accomplished with pure skill. No magic, just sleight of the hand and mind,” says Nevola.

In order to make this show a reality, Nevola applied for a “Your Space” Production slot during the first week of spring term. After receiving approval from the theater department, he was given a week to prepare his show and then present it to an audience.

“By far my favorite part about performing this solo show was just that—performing. This show requires that I acknowledge and communicate with the audience, which creates its own set of problems; however, these interactions mean that the audience can speak directly to me. This kept me on my toes at all times,” says Nevola. 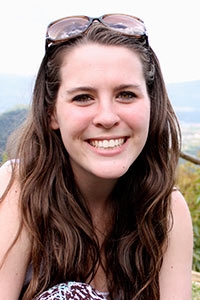 “For the last year, this project has been on my mind,” says Mifflin.

“In the fall, I began reading books about choreography and performance. In the winter, I started working in the studio, creating movement, and meeting with my adviser, Professor Ford, every week. As the time for my performance neared, I started working more in the Bentley space and meeting with my adviser. Every day, parts of the piece were transforming, and I think that just goes to show that I was exploring creating a work of art and I was not stuck on sending a particular message. This gave me a great deal of freedom. ”

Mifflin’s final performance, which was performed in April, incorporated music, movement, voiceovers, and props such as roses and paint.

“I would say much of the inspiration for the show came from my life, but I also wanted to create a piece that touched on universal topics. My philosophy about art is that the content and meaning are so much more than what I bring to it—it is also about what the audience brings to the experience, and what the audience sees in the art. And in that way, anything that an audience member finds in the piece is also there.”