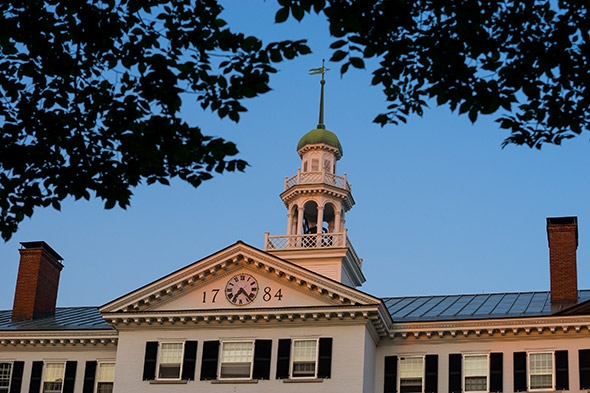 Participants from more than 50 institutions across the United States will be converging on Hanover July 13-15 for the Dartmouth Summit on Sexual Assault, focused on making college campuses safer.

Speakers at the SummitFeatured speakers during plenary educational sessions on July 14 and 15, which are open to the media, will include:

“Dartmouth is committed to being a leader in addressing sexual assault,” says President Phil Hanlon ’77. ”This Summit is an important piece in continuing the conversation.“

National experts in the field of sexual assault prevention, education, and response will present during several large plenary educational sessions and smaller concurrent panel and topic-specific discussions on July 14 and 15. The plenary sessions will be open to the public, as well as national and local media, while the remainder of the conference is for registrants only.

Featured speakers during the open sessions include David Lisak, a nationally recognized forensic expert on sexual assault; and Catherine Lhamon, assistant secretary in the Department of Education’s Office for Civil Rights, which oversees Title IX enforcement.

”By bringing together a diverse consortium of people with a vested interest in this issue, we can incorporate different perspectives and think creatively about finding solutions,“ President Hanlon says.

Current Dartmouth students, faculty, and staff who plan to participate in the full three days of the conference need to register, at no charge, by sending an e-mail to summit.on.sexual.assault@dartmouth.edu.

For more information on registration, the conference schedule, and speaker biographies, visit the Dartmouth Summit on Sexual Assault website.